Caught on camera: Sonia Gandhi in Goa on a cycle 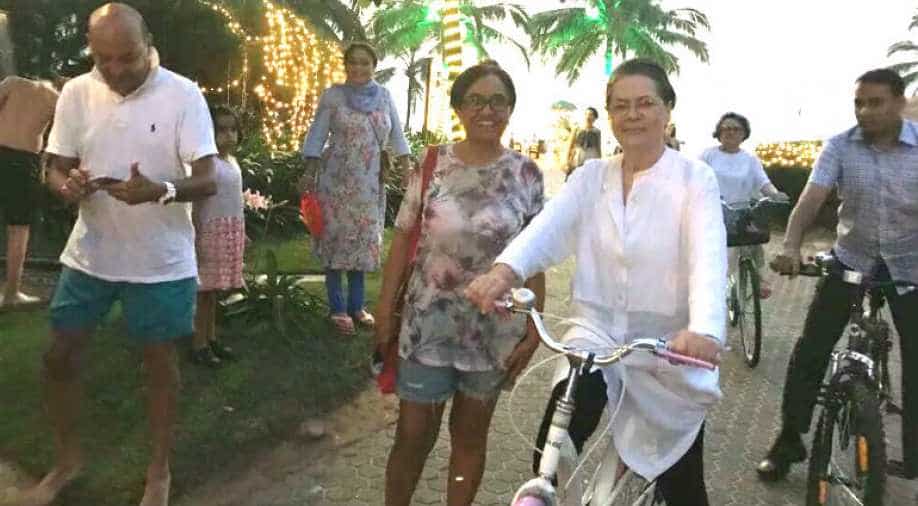 As Rahul Gandhi has taken charge of Congress party, there has been a role reversal at the Gandhi household. The Congress party President's mother Sonia Gandhi was recently seen enjoying a much-deserved break in Goa.

Photos of the vacation have surfaced on the Internet which shows Mrs. Gandhi enjoying a cycle ride and posing for selfies with tourists.

The former president of Congress party reportedly flew to Goa on December 26th and would be coming back to New Delhi only in the first week of January.

According to a report in News18.com, the politician is staying at a five-star property in South Goa currently.

This photo was shared by Riteish Deshmukh who wrote, "Some pictures make you happy... this is one of them. Wishing Sonia ji happiness and best of health.(sic)" (Twitter)

Many feel that its a holiday well deserved for the longest-serving president of the Congress party who has till recently postponed vacations to concentrate on work while her son Rahul has been taking annual vacations.

Sources close to Mrs. Gandhi have stated that she is there with some of her close friends and is spending time reading, doing her yoga and cycling around the property.