Eyes of attackers will be gouged out: BJP gen secy on killing of party workers in Kerala 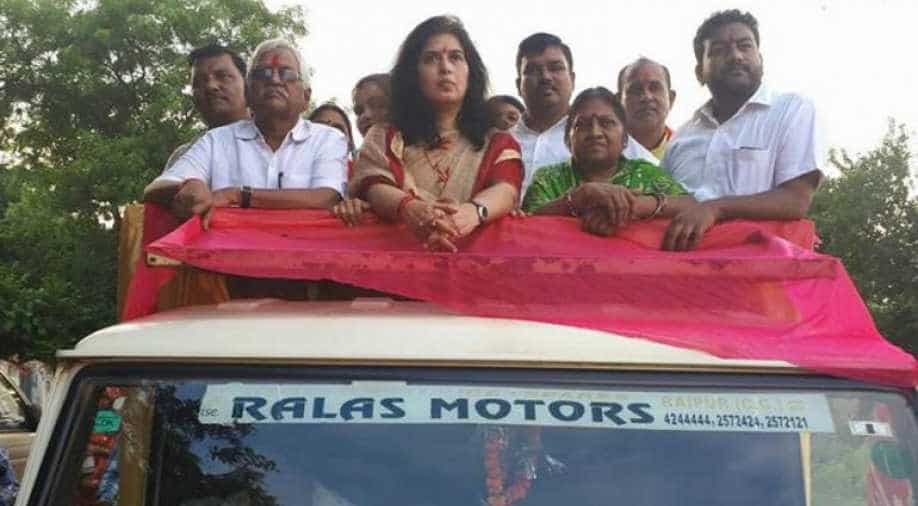 Saroj Pandey added that the killing of BJP, RSS workers was not acceptable in a democracy. Photograph:( Zee News Network )

The national general secretary of Bharatiya Janata Party (BJP) Saroj Pandey today raked up a controversy by making a comment that if the killing of her party workers continued in Kerala, "eyes of the attackers will be gouged out".

Her comment drew strong criticism from the main opposition Congress.

Pandey was speaking to media on the sidelines of a programme in Kumhari area of Chhattisgarh's Durg district.

She further said her party has a strength of about 11 crore workers across the world and the killing of people related to RSS and BJP in the coastal state is not acceptable in a democracy.

"Our party has a strength of 11 crore members across the world more than 300 workers in Kerala who were 20, 22 and 25 years of age were murdered. Everybody has right to present their thoughts. But as far as the politics is concerned, I believe politics should not be done like this," she said.

"We have government (at the Centre) and based on our numbers (in Lok Sabha), we can dismiss such (state) governments.

"But we believe in democracy and the party ruling in Kerala and West Bengal should also respect democracy and should not be based on these issues," she said.

"A senior woman politician should not make such kind of comment. It has exposed the real face of her party and its mindset. Any kind of violence is not justified in a democracy," Baghel said.