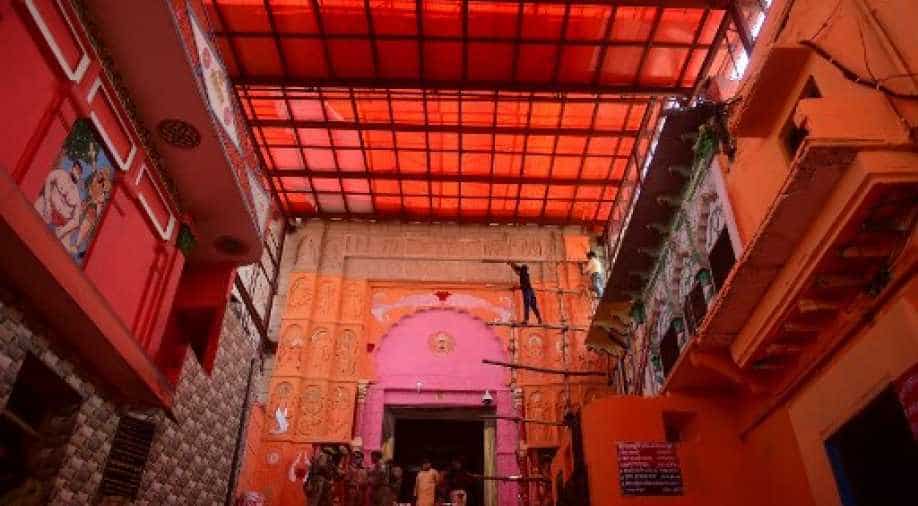 According to Hindu mythology after Lord Ram returned to Ayodhya, Hanuman began living at the temple, hence the name Hanumangarh.

PM Modi will be visiting the 10th-century Hanumangarhi temple in Ayodhya as he prepares to attend the groundbreaking ceremony in the historic city. PM Modi will also be offering prayers at Ram Janmabhoomi after his temple visit ahead of the  ‘bhoomi pujan’ ceremony.

India's prime minister will reportedly be gifted a headgear and a silver crown at Hanumangarhi temple. The temple is enshrined in Hindu consciousness with people of all hues including political leaders having visited it for centuries. A devotee usually visits the Hanuman temple first before visiting the Ram temple.

According to Hindu mythology after Lord Ram returned to Ayodhya, Hanuman began living at the temple, hence the name Hanumangarh.

The grand temple complex spread over several acres of land and attracts several thousand devotees each day which is located near the Ram Janmabhoomi. The Indian prime minister will perform a puja at the temple along with Uttar Pradesh chief minister Yogi Adityanath.

After offering prayers at Hanumangarhi, the prime minister will travel to 'Shree Ram Janmabhoomi' where he will take part in pooja and darshan of 'Bhagwan Shree Ramlala Virajman'.