Watch: Tanker catches fire at petrol station but, to save lives, driver steers it to safety 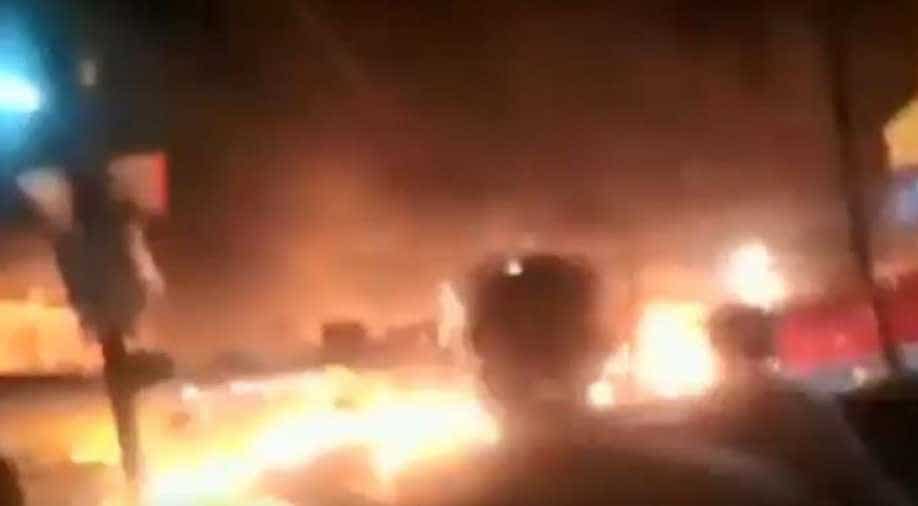 A petrol tanker caught fire in Madhya Pradesh's Narsinghpur last evening as it reached the petrol pump to be emptied.

The cause of the fire is not yet known, however, it is reported that the fire quickly spread at the pump and took over the front area of the tanker.

#WATCH Labourers allege that they were promised Rs 350 each and food, to be present at Aam Aadmi Party chief Arvind Kejriwal's public rally in Haryana's Hisar yesterday but they neither got money nor food. pic.twitter.com/Qw9IJhp34w

In a rare attempt to save lives, the truck driver was seen driving the burning truck away from the petrol pump. The fire was later doused by the fire department.

According to reports, the truck driver has suffered burns and is admitted to the nearest hospital.