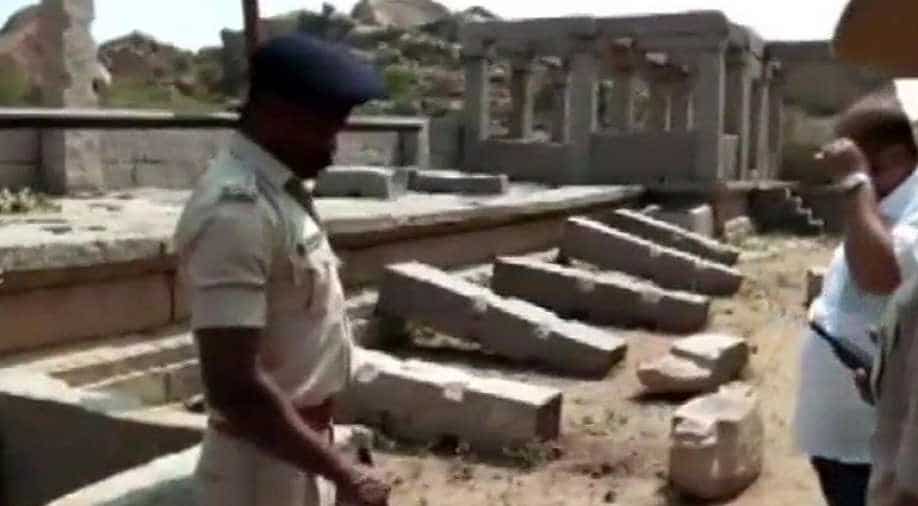 The video which went viral created a ruckus following which locals in the region staged a protest demanding adequate protection for the ancient monuments.

A video of a man causing damage to a pillar reportedly in the temple ruins of Hampi in Karnataka surfaced on social media on Sunday.

The video which went viral created a ruckus following which locals in the region staged a protest demanding adequate protection for the ancient monuments.

Young Indian men vandalize Hampi, the @UNESCO World Heritage site which is on @nytimes 52 places to visit in 2019 https://t.co/FuBjAJpLpj
and post a video celebrating their act. I hope they are caught and made an example of in terms of a long prison sentence h/t @WhatsApp pic.twitter.com/v5DUM7xhuw

The development comes just days after the Times Magazine listed the Hampi World Heritage site as the second must-see place in 2019.

Hampi, an ancient village in Karnataka is dotted with numerous ruined temple complexes from the Vijayanagara Empire.

It is believed to have been the country’s richest city, which attracted traders from Persia and Portugal.