Video: Dalit man tied up, beaten to death in Gujarat. Factory owners said he had stolen 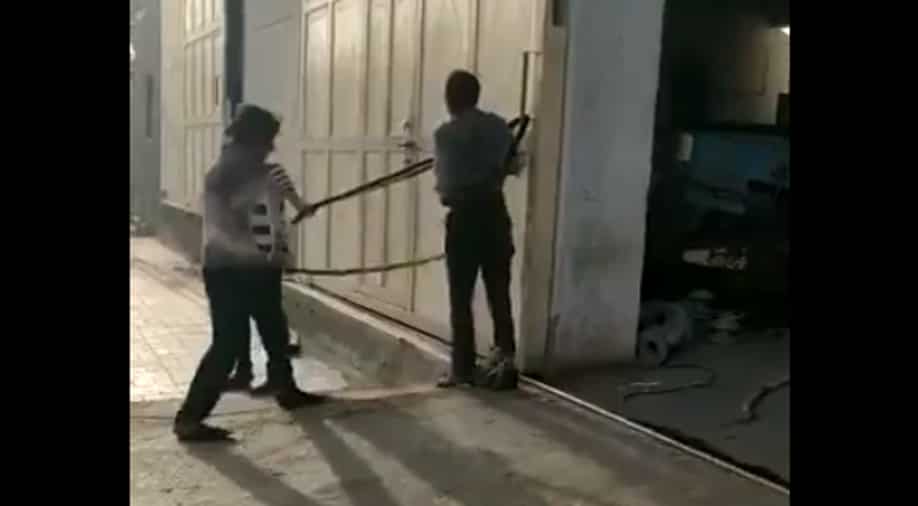 A Dalit man was tied and beaten to death with a stick in Shapar industrial area on Sunday in Gujarat's Rajkot on orders of factory owner after suspicion of theft.

As per reports, his wife was also thrashed and tortured by the men and is now in a critical state. The man, identified as Mukesh Vaniya, succumbed to his injuries at Rajkot Civil Hospital.

Five people have been detained in relation to the incident and an FIR has been lodged in the case under section 302 of the Indian Penal Code.

The complaint was filed by the wife of the deceased, Jaya, said the report. It further said that the factory workers stopped beating up her husband only after she rushed to the spot with some of her relatives.

Sharing a video of the incident, Gujarat's Congress Committee president Amit Chavda said that the name of the man beaten to death was Mukesh Vaniya, and that he used to collect garbage from the factory where he was beaten up mercilessly.

Dalit leader Jignesh Mewani said it was "worse than the Una attack" which happened in 2016 where four Dalits were thrashed by cow vigilantes while they were skinning a cow that had been electrocuted.

Dalit named Mukesh Vaniya was brutally beaten to death by factory owners where he used to collect garbage, on the suspicion of theft. His wife was also brutally beaten and tortured. - I strongly condemn this heinous and inhuman act. pic.twitter.com/Vqf9WrUQ86

'Mr. Mukesh Vaniya belonging to a scheduled caste was miserably thrashed and murdered by factory owners in Rajkot and his wife was brutally beaten up'.#GujaratIsNotSafe4Dalit pic.twitter.com/ffJfn7rNSc