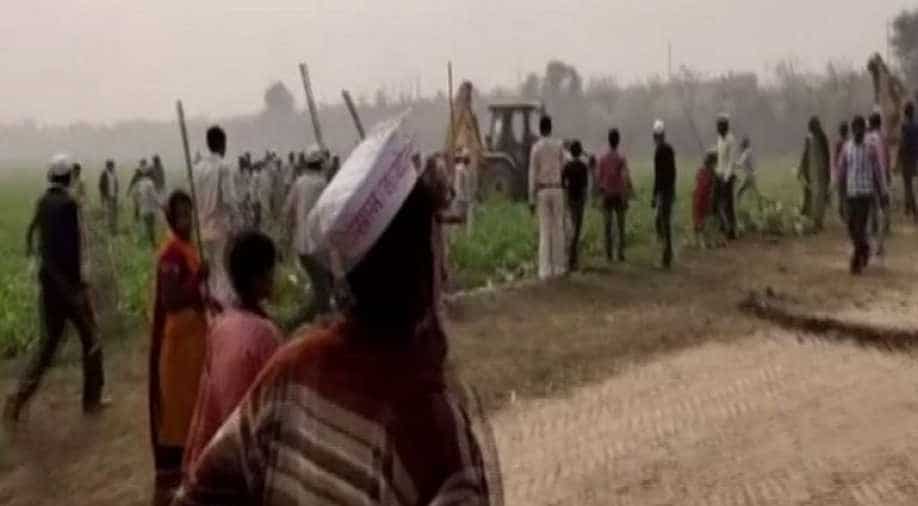 The situation in Uttar Pradesh's Unnao has returned to normal on Sunday after hundreds of farmers and the Unnao police clashed at the site for the ambitious Trans-Ganga City on Saturday, with the former claiming that they had not been adequately compensated for the land acquired by the Uttar Pradesh State Industrial Development Authority (UPSIDA).

The local administration and the police are on alert and keeping an eye on the farmers residing in the area.

Also, a heavy force is deployed at the protest site in order to prevent any untoward incident in the future.

On Saturday, scores of farmers pelted stones at the JCB machine which was deployed to carry out work for the high-tech trans-Ganga city, claiming that they have not received compensation for their land acquired by the UPSIDA in 2012.

Trans Ganga City is the planned satellite township in the Indian province of Uttar Pradesh in the Unnao district which comes under the Kanpur metropolitan area.

The area comprises the stretch from the limits of the Unnao Municipality to the Ganga river near Kanpur on NH 25 and Unnao-Shuklaganj Highway.

The Uttar Pradesh government has also proposed a Skill Development University near the proposed Hi-tech city.