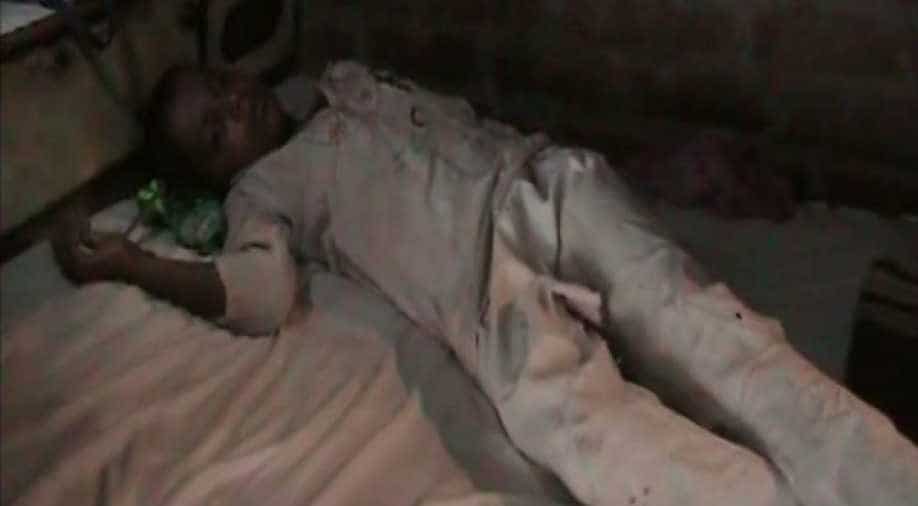 The incident came to light after a video of the boy being thrashed went viral on social media. Photograph:( ANI )

A 14-year-old boy was allegedly hung naked upside down and mercilessly thrashed for hours by the owner of a steel godown, who alleged that the minor had stolen a few steel pipes.

The incident came to light after a video of the boy being thrashed went viral on social media.

The owner had taken the boy to a police station, levelling allegations of theft, but no action was taken due to lack of proof.However, the minor`s father, Riyazuddin, said the owner took the child to his godown on June 24, stripped and thrashed him, while workers at the godown filmed the inhuman act.

The boy claimed that he was hung for as many as five hours, and was beaten and tortured for nearly three hours. Meanwhile, the police said one arrest has been made."The boy was beaten up on allegations of theft. We have arrested one person, and are investigating the matter," said Senior Superintendent of Police (SSP) Rahul Yadvendu.