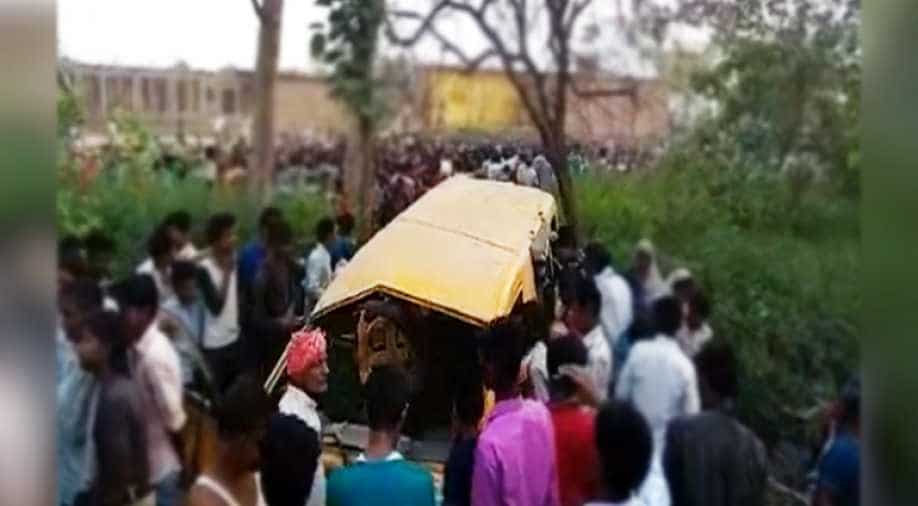 The vehicle rammed into a parked truck Photograph:( ANI )

At least nine people lost their lives when their vehicle travelling at high speed rammed into a truck parked on the roadside in Lakhimpur Kheri, police said.

17 people were in the minivan when the accident took place. The injured were rushed to a hospital, where the condition of three is said to be critical.

The accident on national highway-24 apparently took place as the driver dozed off at the wheel around 6 a.m., a police officer said.

Chief Minister Yogi Adityanath has condoled the loss of lives and ordered the district administration to ensure proper treatment to the injured, according to a government spokesman.