'Use of drones by terror groups an add-on to worries': India at UNGA 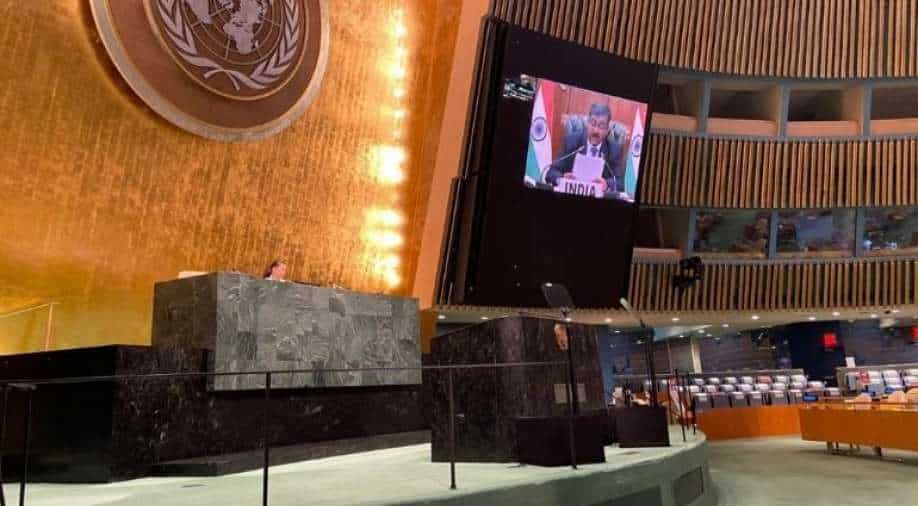 Speaking at the United Nations General Assembly, V S K Kaumudi, Special Secretary (Internal Security), Ministry of Home Affairs said, "Another add-on to existing worries is the use of drones by terror groups", explaining that they are a "low-cost option and easily available."

India has highlighted how terrorists are using drones as a "low-cost option" at the United Nations General Assembly (UNGA) on Monday. The development comes even as, over the weekend, drones were used to mount an attack on the technical area of the Jammu Air Force Station.

Speaking at the United Nations General Assembly, V S K Kaumudi, Special Secretary (Internal Security), Ministry of Home Affairs said, "Another add-on to existing worries is the use of drones", explaining that they are a "low-cost option and easily available." The utilisation of these aerial/sub-surface platforms for sinister purposes by terrorist groups, such as intelligence collection, weapon/explosives delivery and targeted attacks" has become an "imminent danger and challenge for security agencies worldwide."

Kaumudi pointed out, "The possibility of the use of weaponized drones for terrorist purposes against strategic and commercial assets calls for serious attention by the member states", adding, "We have witnessed terrorists using unmanned aerial vehicles (UAV) to smuggle weapons across borders."

He was addressing the second High-Level Conference of the Heads of the Counter-Terrorism Agencies of the Member States.

The use of drones during the Jammu incident was the first-ever use of drones in an attack in India. The attack led to "two low-intensity explosions" and "minor damage to the roof of a building", according to the Indian Air Force. Since then, there have been more cases of drones being spotted.

This is not the first time India has expressed its worries over drones. At last week's SCO NSA meeting, NSA Ajit Doval raised the issue of the need to monitor new technologies used by terrorists, such as drones for weapon smuggling.

The Indian official slammed Pakistan during his address. He said, "It is high time that the international community called upon Pakistan to take effective, verifiable, and irreversible actions against terror outfits operating on the territory under its control and not take the high road of morality, which is only laden with mines of falsehood."