US, India best situated to grow together on strategic issues, says Henry Kissinger 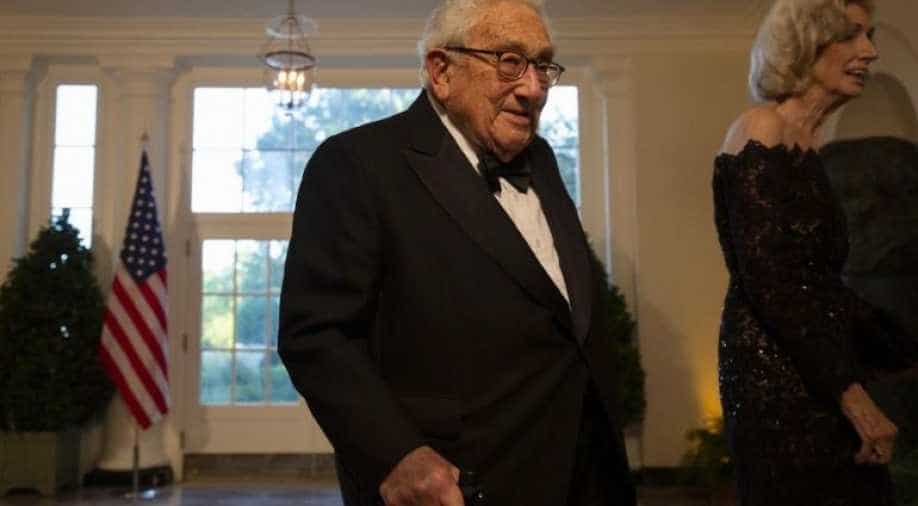 Former US Secretary of State and National Security Advisor Henry Kissinger on Monday said that the United States and India are best suited to grow together on strategic issues like security and economic evolution.

"If you look at the world, there are upheavals in almost every part of the world and that you cannot necessarily develop a general concept for each of them but you can work together on the essentials of peace and progress. Then I would say no two countries now are better situated to evolve their friendship," Kissinger said while talking about India-US relationship at an event in New Delhi.

He also asserted that the roots of the present phase of the relationship between the two countries are in the post-Bangladesh crisis phase.

"The present phase of Indian-American relations began after the Bangladesh crisis because we were both pushed to the edge of confrontations by a circumstance beyond our immediate issues", he said.

Speaking further he added, "We came through this (Bangladesh) crisis from the opposite point of view but with the conviction that only fundamental evolution would follow (that) India and the United States could develop parallel approach and over the years, we have now reached a situation where India and the US, on many of these issues, on most of these key issues have parallel objectives."

"On the key issues of security and economic evolution of the world we have reached to discussions that enable us to act as a kind of partners without any formal arrangement", former NSA of United States said.

During the event, Kissinger also shared his wisdom on the art of negotiations stating that the real essence of a negotiation is to achieve a win-win situation.