UP: 24 Tablighi members from Assam, Karnataka booked for 'spreading' COVID-19 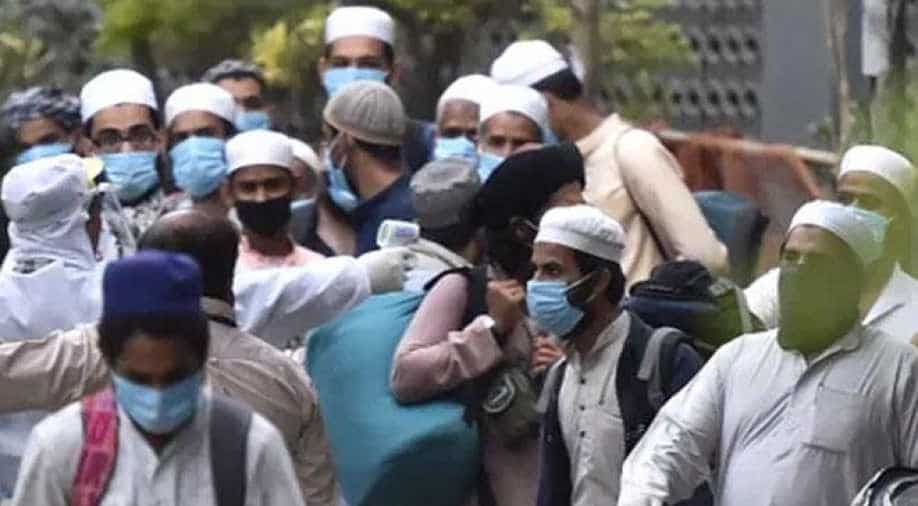 The accused were found residing in Patwari mosque in Kairana town in Shamli district since April 23.

A total of 24 Tablighi Jamaat members from Karnataka and Assam were booked for staying in a mosque without giving information to police in Kairana town in Shamli district, a police official said.

According to SHO Yashpal Dhama, a case was registered on Wednesday against 24 people of the Jamaat under provisions of the Indian Penal Code and the Epidemic Diseases Act, 1897.

The accused were found residing in Patwari mosque in Kairana town in Shamli district since April 23.

In another similar case, police registered a case against 10 Tablighi Jamaat members for residing in a mosque without giving prior information at Shernagar village under New Mandi police station in Muzaffarnagar district.

Police said a case was registered on Wednesday against the 10 Jamaat members under IPC Section 188 and Section 3 of the Epidemic Diseases Act in this connection.

Among the 10 people, one member tested positive for the virus and Shernagar village was declared a hotspot by authorities.

The Jamaat members residing in Shernagar village had apparently come from Delhi's Nizamuddin on March 23.