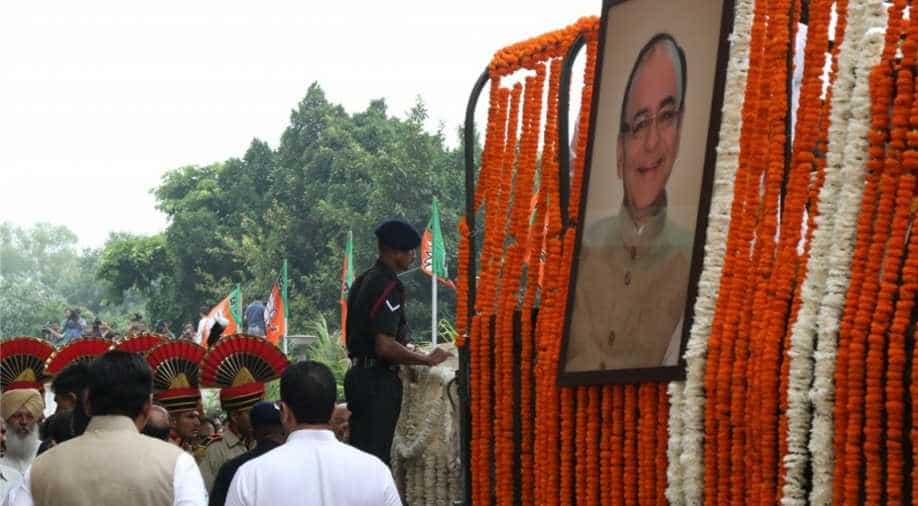 The national flag will be flown at half-mast at all official buildings across the city, an official statement said.

A one-day state mourning will be observed throughout Union Territory of Chandigarh on Monday as a mark of respect to former Finance Minister Arun Jaitley who passed away at the age of 66 on Saturday.

The national flag will be flown at half-mast at all official buildings across the city, an official statement said.

Jaitley passed away in New Delhi at the All India Institute of Medical Sciences (AIIMS) on Saturday. He was rushed to the hospital on August 9 after he complained of breathlessness and restlessness.

A four-time member of the Rajya Sabha, he first became a Cabinet Minister in the government of former Prime Minister Atal Bihari Vajpayee in 2000. He was the Leader of Opposition in the Rajya Sabha from June 2009 to 2014.

Jaitley was Finance and Corporate Affairs minister in the first term of the Narendra Modi government and also held portfolios of Defence and Information and Broadcasting.