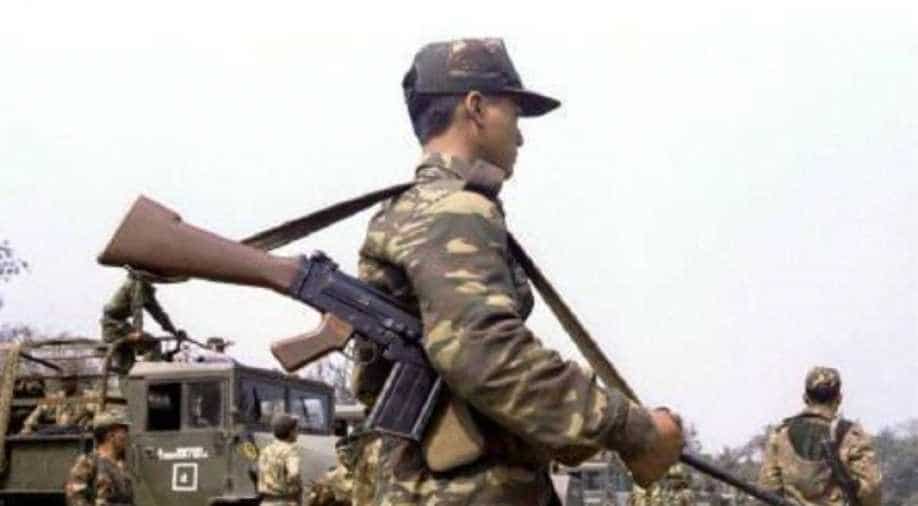 The DGP's statement came on a day when at least two people were killed and several more injured in a grenade attack by suspected ULFA (Independent) militants in Sibsagar district of upper Assam.

Assam Director General of Police Kuladhar Saikia said Thursday a six-member team of the proscribed ULFA(I) militants was behind the killing of five Bengali-speaking persons at Tinsukia district earlier this month.

The DGP's statement came on a day when at least two people were killed and several more injured in a grenade attack by suspected ULFA (Independent) militants in Sibsagar district of upper Assam.

On the night of November 1, a group of assailants called out six villagers of Kherbari. They then took them to the edge of Dhola-Sadiya bridge in the area and opened indiscriminate fire, killing five of them on spot. One of them survived the firing. The needle of suspicion was towards the United Liberation Front of Asom (Independent) from the very beginning but the organisation denied any role in the killing.

"Preliminary investigations conducted by police and NIA into the killings have already started. We have all the information how the incident took place. We have sufficient technical evidence about a six-member team of the ULFA(I) being behind the Tinsukia firing incident," DGP Saikia told reporters on the sidelines of a meeting.

The Assam police in co-ordination with neighbouring Arunachal Pradesh and Nagaland police is jointly investigating the case for the past three days, he said.

On ULFA(I)'s denial about its involvement, Saikia said, "We have not given any importance to that though ULFA(I) had issued a clarification after the incident."

Saikia said ULFA-I is active in recruiting youths in upper Assam and that was proved with two incidents of abduction of a stone quarry manager and tea garden manager at Jagun and Charaideo, respectively, this week.

A senior Assam Police officer recently said growing public sentiment against the Centre's move to amend the Citizenship Act has given a "fresh lease of life" to the outlawed ULFA, which has recruited eights youths since September.

However, senior Assam minister Himanta Biswa Sarma Wednesday sought to underplay this, saying there was nothing new in youngsters from the state joining the proscribed outfit.