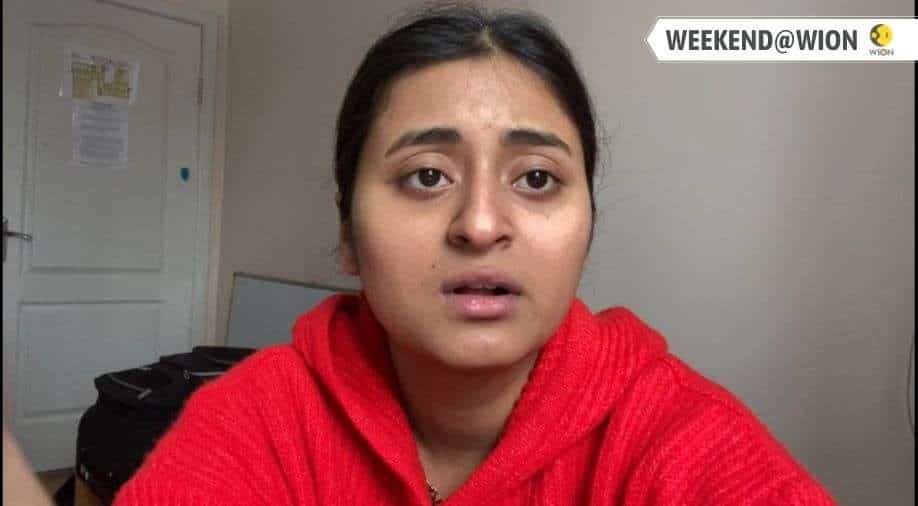 Thapa was to board her flight back home on February 25. She is currently taking shelter in a basement with 500 other students

For Khwaish Thapa, 19, from the Indian state of Jammu & Kashmir, the Ukrainian town of Kharkiv was home away from home. The Russian invasion of the country changed all that.

Just hours before she was asked to switch off her phone due to security alert, Thapa, a student in Kharkiv National Medical University, spoke to WION on how her life was transformed overnight.

“On February 23, I dropped my friend to the bus stand to board the flight back to India. I came back to my apartment. Until then it was just like any other day.”

Thapa was to board her flight back home on February 25. She is currently taking shelter in a basement with 500 other students. Nobody around her thought events would spiral into a war-like situation before she went to bed that night.

“At 5 AM, it was my father who called from India to break the news to me. And that’s when I peeped from my window to see and hear sounds of bombardment. On checking my phone, my friends had also sent videos of what was happening around the city,” she said. Students were cautioned by the local contractor to look for a safe place. The second year medical student chose to head to her university hostel with friends. At this point, even getting a cab was a huge deal, after waiting for nearly an hour, they managed to board a taxi to their university.

“Before going to the bunker, we tried to carry some food and water with us, but all the water tanks outside had run dry. There were long queues outside grocery stores, we took whatever was available - glucose, fruits, chocolates, wafers and readymade chapatis. Here at the college the basement, food and basics are looked after, while those who rushed to the metro stations are running out of supplies,” she added. In spite of the horrific situation she was in, Thapa was in control of her emotions. “I am holding up well, here we are all helping each other to cope with the situation."

But she pointed out that Kharkiv is in east Ukraine, closer to the Russian border, which could complicate matters. She said that those evacuated are students from the western region of Ukraine. “For us to reach the border checkpoint of Poland, Hungary or Romania it will take around 17 hours and travelling is not a safe option at this point. Though we’ve been made to understand that civilians will not be harmed, but we have seen videos of apartments being bombed.” “My parents are worried, I’m making sure I keep them posted so they do not stress a lot.”

Asked if she ever felt unsafe before events turned for the worse in the country, she promptly said, “Ukraine is a beautiful and peaceful country. It feels like home.”

She mentioned there are ample shops selling Indian goods and Kharkiv is a comfortable place to live in. While speaking of safety, the student said even the pandemic went by peacefully, but what unfolded in these three days is unimaginable. She called the city “an easy going and adaptable place”.

Russian troops moving around the country with heavy artillery, on day 1 on the invasion had captured Antonov airbase and Chernobyl. Now, reports are emerging that they have blown up a natural gas pipeline in Kharkiv.

As the situation outside is worsening, she along with her batchmates and friends, is hoping to be evacuated and brought back home at the earliest.