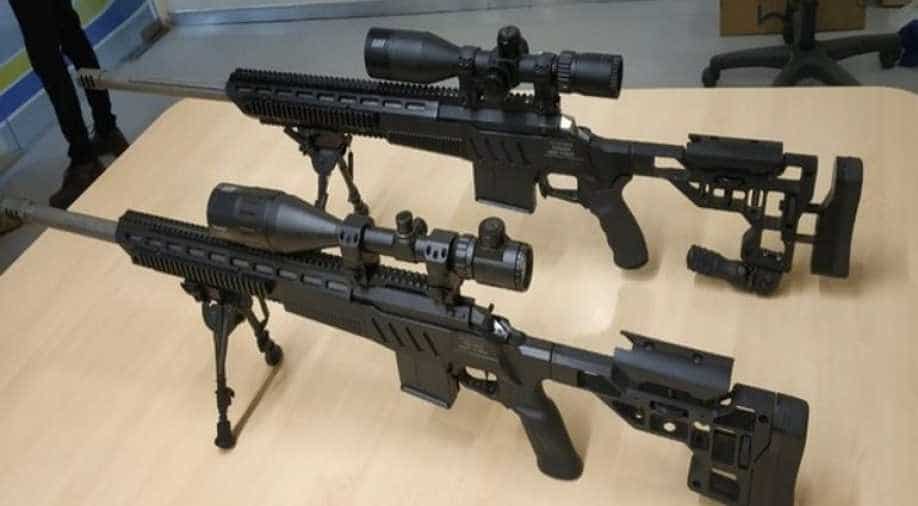 SSS Defence wants to lead the way for India to become an arms manufacturing and exporting hub.

In line with the central government's push to make India a major defence manufacturing hub, a firm based in Karnataka's Bengaluru has developed the country's first indigenous sniper rifle prototypes that are meant for use by the Indian armed forces.

SSS Defence, which has developed two sniper rifles, is hoping to lead the way for India to become an arms manufacturing and exporting hub.

"We started designing and developing these rifles after 'Make in India' came in the defence sector. We became one of the few manufacturers allowed to develop arms in the country. These two weapons are entirely made indigenously," SSS Defence Managing Director (MD) Satish R Machani told ANI on Sunday.

"We have also been supplying components for the defence sector. Our idea is to have a complete system of arms for our forces and we eventually hope to become an arms exporter. Obviously, we have to put in a lot more work to make our weapons global level but we have an excellent Research and Development centre," Machani said.

The company is also constructing an 80,000 sq ft arms factory in Jigani for its manufacturing unit.

Explaining the working of the weapons, CEO Vivek Krishnan said: "We have developed high-end sniper rifles [with] calibre 7.62x51 mm and .338 Lapua Magnum platforms. Each rifle uses a barreled action that is inspected, gauged, hand-worked and accurized. The barrel length options range from 20 inches to 24 inches, based on the mission criteria and use environments."