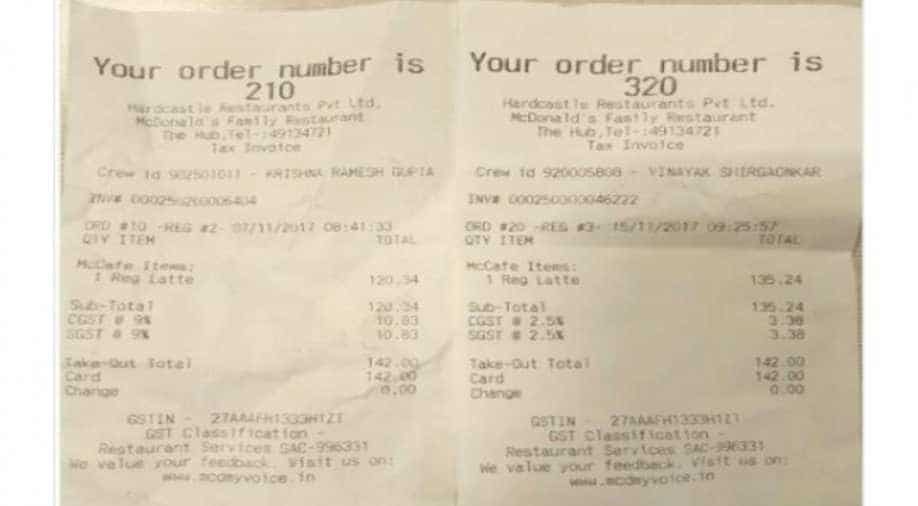 But restaurants won't get the benefit of input tax credit, a facility to set off tax paid on inputs with final tax. The tax cut was part of the biggest change to GST rates since July 1.

When the new rates came into effect yesterday, consumers were hoping to see their restaurants bill be considerably lower after companies said they will pass on the rate cut to the customers. But many of the McDonald's and Starbucks customers found their food bills didn't drop as drastically as they expected them to.

Angry customers took to Twitter to lash out at them with pictures of food bills before and after last week's GST cut. Many pointed out that McDonald's has actually increased the MRPs (Maximum Retail Price) after the rate cut making the total bill nearly the same.

Some also tagged the Finance Ministry in their tweets.