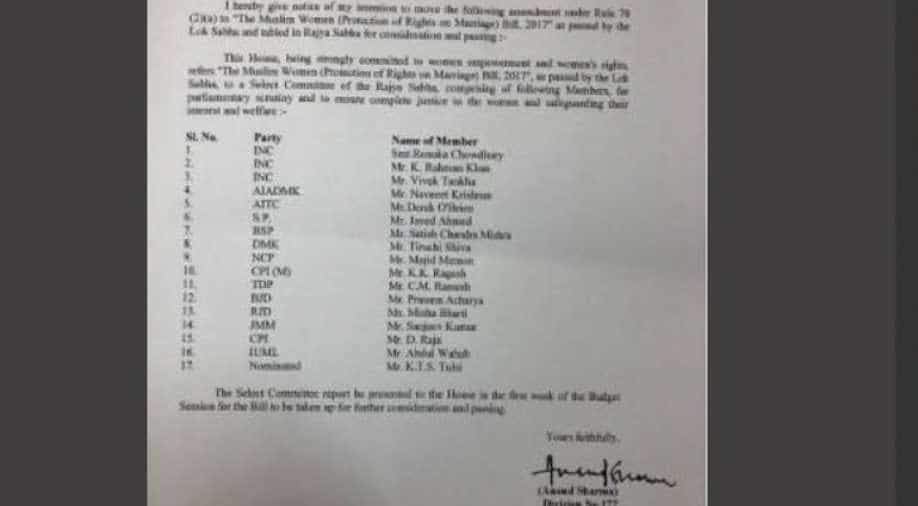 Congress leader Anand Sharma has sent a notice proposing names of 17 Rajya Sabha MPs to be members of Select Committee for the Triple Talaq Bill.

The Opposition today demanded that the Triple Talaq bill should be sent to the Select Committee for modifications of certain provisions.

Within few hours of tabling the bill, the Upper House was disrupted due to Opposition's demand of sending the bill to Select Committee.