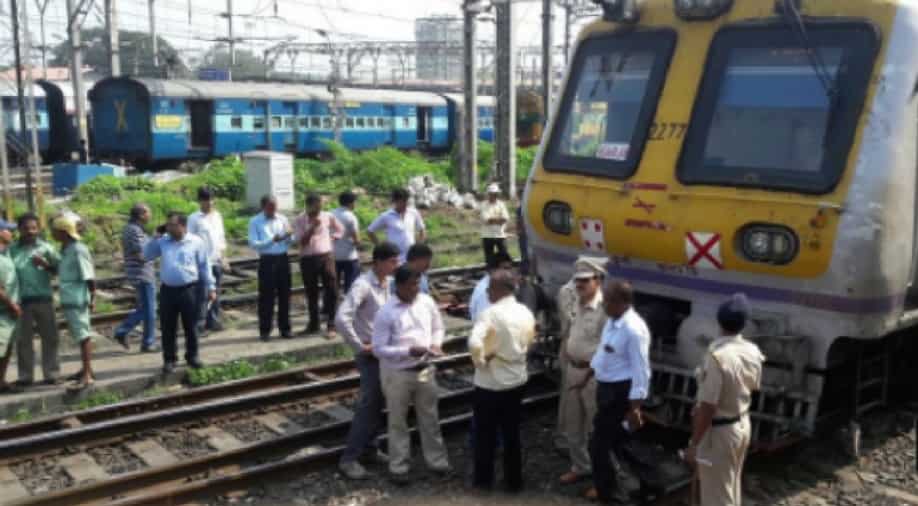 According to officials, the coach went off the track only two minutes after the train left the platform and therefore the speed of the train was very slow. Photograph:( ANI )

A pair of wheels of the engine of Samaleshwari Express derailed in Odisha's Rayagada district today, affecting train services on the route, a railway official said.

Nobody was injured when two wheels of the engine of 18005 Samaleshwari Express from Howrah to Jagdalpur derailed near Keutaguda station, Chief Public Relations Officer of the East Coast Railways, J P Mishra, said.

"Only one pair of wheels of the engine got derailed and no coach of the train was involved. There was no report of injury to anybody in the incident," Mishra said.

An extra engine has been rushed from Rayagada to the site to take the coaches to Singapur Road station and steps are being taken to send a relief train to get the engine back on rails and take it to Rayagada, he said.

Train services were affected for some time on the route, which has a single line, said an official.