Tiger Shroff on his role in 'Student Of The Year 2': I've never played a regular, normal lover boy 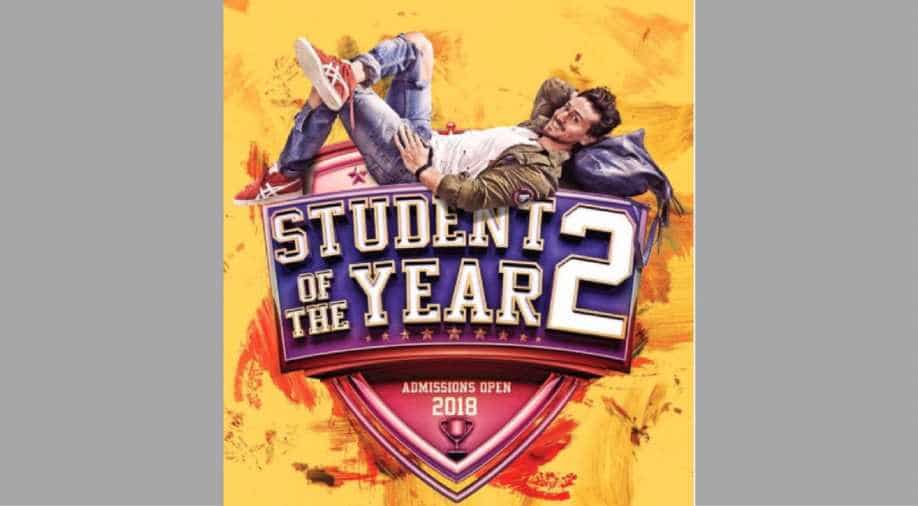 The actor posted the first poster of his upcoming film Student Of The Year 2. Photograph:( Twitter )

Tiger Shroff who has made a name for himself in the space of action-oriented films will now be seen playing a boy-next-door character in the upcoming sequel of Student Of The Year.

The actor who has earned himself a repute for being an extraordinary dancer among the new crop of actors will be seen taking a break from his Baaghi character and play a lover boy.

Speaking to a leading news agency on the role, Tiger Shroff said, "I don’t have much action in the film (Student of the Year 2). I didn’t choose it to break the stereotype. It was an honour to work with Dharma Productions. It is Karan Johar’s baby franchise, his prized possession and he is passing it on to me, so there’s an expectation. I take huge pride in taking the legacy forward of Student of the Year."

"For me, it’s great as an actor to explore different facets. I’ve never played a regular, normal lover boy. It’s like a musical. If I get bullied there, the audience will be surprised. Suddenly after Baaghi 2, here I am getting bullied. So for me, that’s scoring marks," he added.

Speaking about the film, Tiger had earlier said, "The first SOTY film was a love triangle set in a college campus, but the second won’t have another leading man. It’s a solo-hero film. Karan has always been a Jackie Shroff fan. Working with his son is something he wanted to do from the time Tiger was ready to make his debut."