Thought of giving up never crossed my mind: Commander Abhilash Tomy to WION 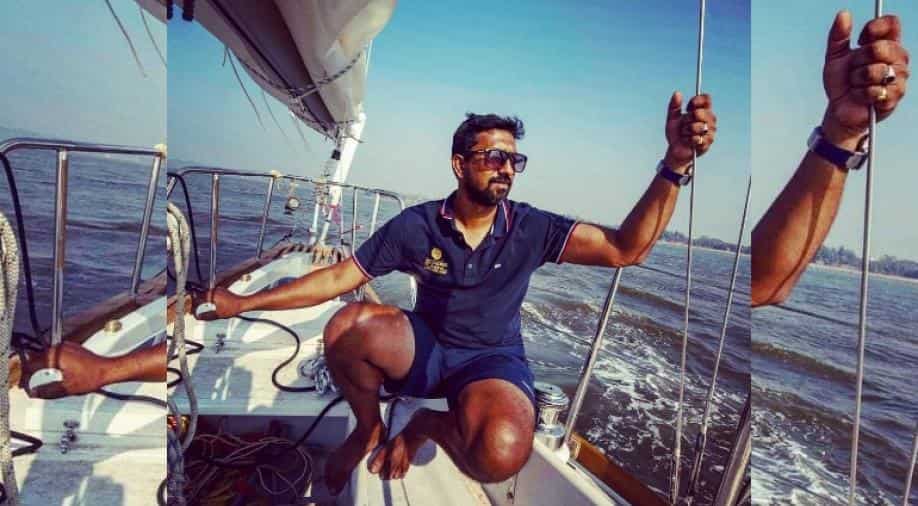 Tomy was very badly hurt during the 2018 Golden Globe race to circumnavigate the earth. He was stuck for three days in the middle of the ocean before being rescued.

The Indian Navy's Commander Abhilash Tomy is the stuff legends are made of. In 2013, he created history by becoming the only Indian to circumnavigate the planet — solo and unassisted — a feat only 80 people had achieved before. In 2018, during the Golden Globe race to circumnavigate the world, he was very badly hurt, his boat was damaged, and he was stuck for three days in the middle of the ocean before being rescued. He spoke to WION about his ordeal, his phone call with the prime minister, and what he plans to do next.

WION: How do you feel now that you are back?

Abhilash Tomy: I feel good. I am really happy how the navy rescued me and whatever injury I had did not become worse. And I got some treatment at a military hospital that despite suffering multiple fractures on the spine I am in a position to walk

WION: What happened at the high seas during your circumnavigation?

Abhilash Tomy: I had 2 fracture in my spine. I had one unstable fracture. There were different kinds of issues. What doctors did is they took 5 vertebrates and they put titanium rods and they screwed the 5 bones into a single piece.

WION: Will you go for such a thing again?

Abhilash Tomy: Yes Ofcource. I am working on my fitness. And if I am better I will, definitely go and do it again.

WION: How do you get this spirit..a spirit of an adventurer?

Abhilash Tomy: I really don't know. But maybe because I am in the navy. We keep doing things nobody else does.

WION: Your message to youngsters?

WION: what goes into preparation?

Abhilash Tomy: Tremendous amount of preparation goes. The physical part is just one bit out of hundred. I did a course in medicine. I did a course in survival. You need to know how to sail, keep yourself hydrated, how much water to carry, how much to conserve, how much food to carry, how to repair, how to do carpentry work, how to repair the engine and stitch a sail. You need to know a lot of things. Just not one skill. Preparation takes a lot of time. It's not cross country race that you wear shoes and start running. This requires multiple skill set. You need to be able to use the skill in a harsh environment and unstable platform when your boat is moving in all directions-- left and right, up and down, rolling. It is not easy.

WION: Did you give it up anytime?

Abhilash Tomy: Never. That thought never crossed my mind. I never gave up. Always looking at the future with a lot of expectations. I was thinking what all I will do now that I am not part of the race, what all I can do. I was making a mental note of things I will be able to do in case I go for another race. All these thoughts were coming to my mind.... I was looking at the future, the bright one.

WION: Your family's reaction. They must be worried....

Abhilash Tomy: They are always worried whenever I go for a race like this. It is full of risk. Even when this incident happened, it was a period of a struggle for my wife and mother, at the same time my father was giving statements that he will go again. And that is what my mother told me, don't stop, you have to go again. My wife told me if you better you definitely must go back. I'm glad I got a supportive family like this. I am happy I have got really strong women in my family.

WION: PM Modi called you... What all he said?

Abhilash Tomy: The fact that prime minister calls you means he is keeping a tab on things. Means most powerful person in the country wants you back and he will spare no effort to get you back. So that kind of things gives you a lot of confidence. He called me and told me "apko yaad hai ap hamarey ghar aye they milney key liye". It was so fantastic of him to speak so humbly and nicely. During the course of interaction, I told him that I'll definitely go back to sea and he made a mention of it in Mann Ki Baat.