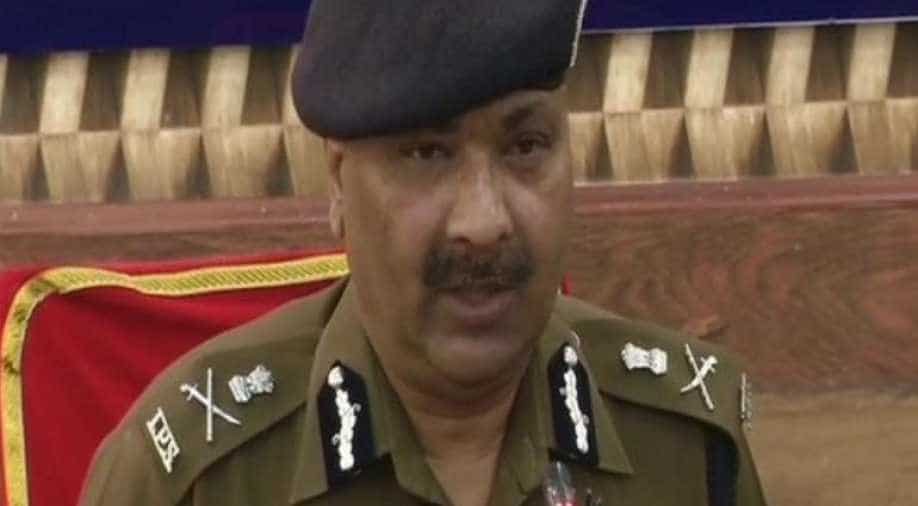 Zakir Musa's successor Abdul Hameed Lelhari was one of the three terrorists neutralised in an encounter with security forces in Awantipora on Tuesday.

"As of now, Ansar Ghazwat-ul Hind group (AGH) has been wiped out," he said while addressing a press conference here while not ruling out that the group could reemerge in future.

Zakir Musa's successor Abdul Hameed Lelhari was one of the three terrorists neutralised in an encounter with security forces in Awantipora on Tuesday.

The DGP said that the operation against militants has gained pace while adding, "In Tral, 3 local militants associated with Ansar Ghazwat-ul-Hind were killed yesterday.

You would recall that when Zakir Musa was killed, the command of this group was handed over to Hameed Lelhari."

Singh said Lelhari became active in 2016 and was involved in several terror attacks.

DGP said that contrary to the apprehensions expressed by some that After August 5, more youths will join terrorist ranks..the pace of recruitment to terrorist ranks has been comparatively slower during this time.

Acknowledging that some youths have gone missing from homes, he said it cannot be confirmed if all of them have joined terrorist ranks.

The DGP also denied rumours of telecommunication restriction returning to the Valley.

"Through launching pads near Line of Control (LoC), Pakistan army & ISI are involved in pushing in the maximum number of militants towards Indian side," he said.

Asked about the alleged detention of children, the DGP said, "There is a lot of misinformation and propaganda by some of the agencies especially some very irresponsible media circles when they start quoting figures without verification and getting in touch with us. I am very sure that whatever action has been taken, the action has got good solid bases."

"No one has been tortured. No youngster, teenager or juvenile has been arrested by us. Wherever juveniles were arrested, provisions of Juvenile Justice Act was followed very strictly," he said.

"We will be successful in our efforts to curb terrorism only when the local youth of Kashmir do not take the path of militancy and choose the path of peace," he added.