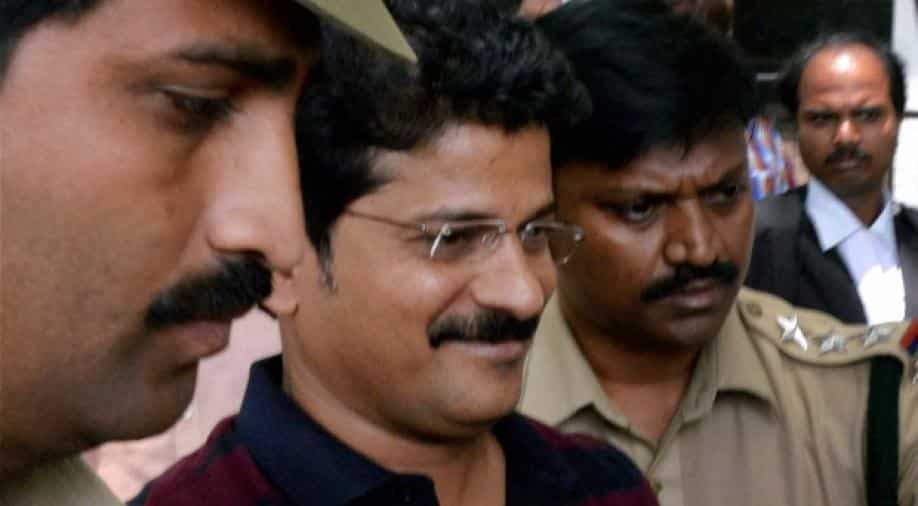 Reddy was detained in order to prevent any untoward incident during Rao`s rally in Kosgi, Kodangal, a report said.

He was shifted to an undisclosed location after he was picked up from his residence earlier in the day, the report added.

KCR is losing his sleep with the growing popularity of the Prajakutami.Police arrested our Working President & MLA Revanth Reddy at 3am as KCR is holding a rally there.

This is highly condemnable. EC must take necessary action & ensure the conduct of a free and fair election. pic.twitter.com/i9utwcEjlw

Reddy, who quit the Telugu Desam Party (TDP) to join the Congress earlier this year, represented Kodangal in the dissolved Assembly.

His detention came in view of Reddy`s threat to disrupt the TRS chief`s rally. He had called for a shutdown to protest it.

Congress condemned the act and said Election Commission must take necessary action and ensure the conduct of a free and fair election.

''KCR is losing his sleep with the growing popularity of the Prajakutami. Police arrested our Working President and MLA Revanth Reddy at 3 am as KCR is holding a rally there,'' said a tweet from Telanaga Congress official handle.

Elections to the 119-member Telangana Assembly are scheduled for December 7.