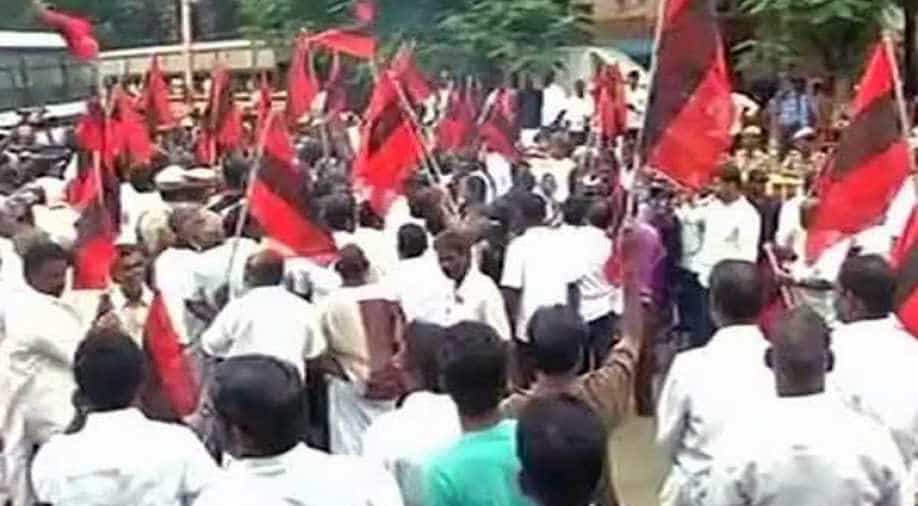 Vaiko claimed on Monday that he was accosted by a woman and former army personnel after concluding speech at UN Human Rights Council, Geneva

The party members expressed their condemnation of the act in their slogans and also burnt Sri Lankan flags while protested, reported ANI.

Vaiko, the general secretary of MDMK, was delivering a speech on the genocide of Tamils in Sri Lanka at UNHRC, Geneva after which a lady and four jawans accosted him and threatened for speaking in defence of Lankan Tamils, said a protesting party member to ANI.

He further said demanding the Indian government to call Sri Lankan High Commissioner to condemn this attitude. People of Tamil Nadu will think themselves as the second class citizens if the government failed to do so, he added.

On Monday, Vaiko claimed that he was accosted by a Sri Lankan woman and former army personnel at UN Human Rights Council in Geneva where he raised concerns over the atrocities committed by the army and the government machinery against the Tamil civilians in the island nation in his speech.