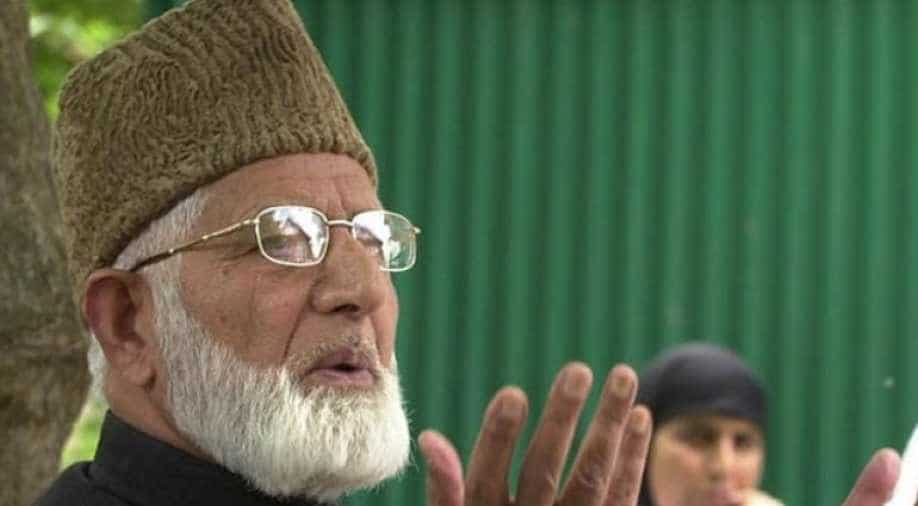 Tehreek-e-Hurriyat's chairman, Syed Ali Geelani, stepped down from his role on Monday. Senior Hurriyat leader Muhammad Ashraf Sehrai will take up succeed Geelani as the Chairman.

According to reports, Geelani will continue to serve as the chairman of the separatist All Party Hurriyat Conference.

"The Tehreek-e-Hurriyat led by Syed Ali Geelani today held a meeting at its office in Srinagar and elected senior member Muhammad Ashraf Sehrai as the party chairman," said a spokesperson.

Tehreek-e-Hurriyat, a constituent of the Geelani-led Hurriyat group, was formed in August 2004 after a split in the Jamaat-e-Islami.