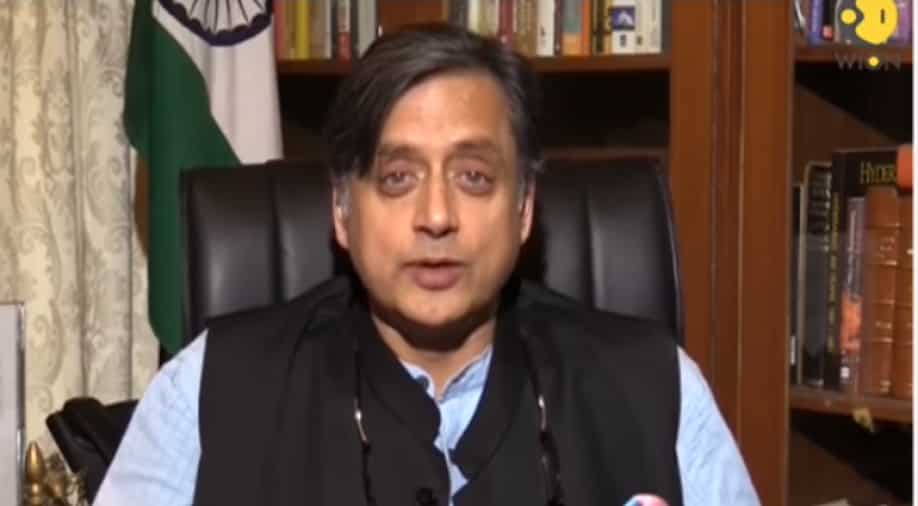 The Congress leader said the external affairs minister was busy sloganeering for her party at the UN.

Congress leader Shashi Tharoor on Tuesday reiterated that External Affairs Minister Sushma Swaraj's statement at the 73rd session of the United Nations General Assembly (UNGA) was a "campaign speech", adding that Swaraj was busy sloganeering for her party at the UN.

Speaking to ANI, Tharoor said, "The Foreign Minister of India stands on UN General Assembly platform and delivers a speech that is not even aimed at the audience of international diplomats. She speaks in Hindi on a BJP campaigned theme to her voters back home rather than to an international audience. She mentioned Narendra Modi ten times and India only five times."

"She gives one BJP slogan one after the other or one scheme after the other about the Prime Minister's great vision for the nation as if she is seeking. There's nobody sitting in the UN General Assembly who is going to vote for her. These were all pitched at the audience back in India," he added.

The BJP, in retaliation to Tharoor's remark on Swaraj, had on Monday accused the former of singing in the same tune as Pakistan. The party also said that it is becoming increasingly clear that both Congress and Pakistan are "talking in the same tone."

In response to the BJP, Tharoor said "I find it quite amusing that the BJP would dare to criticise me for pointing out the obvious. I put it in very mild terms that I am disappointed that she used the UN General Assembly platform for a campaign speech to advance the interest of her party. What the foreign minister has done is truly disappointing for any patriotic Indian who wants to see the interest of the Indian nation projected abroad and not of one particular political party."