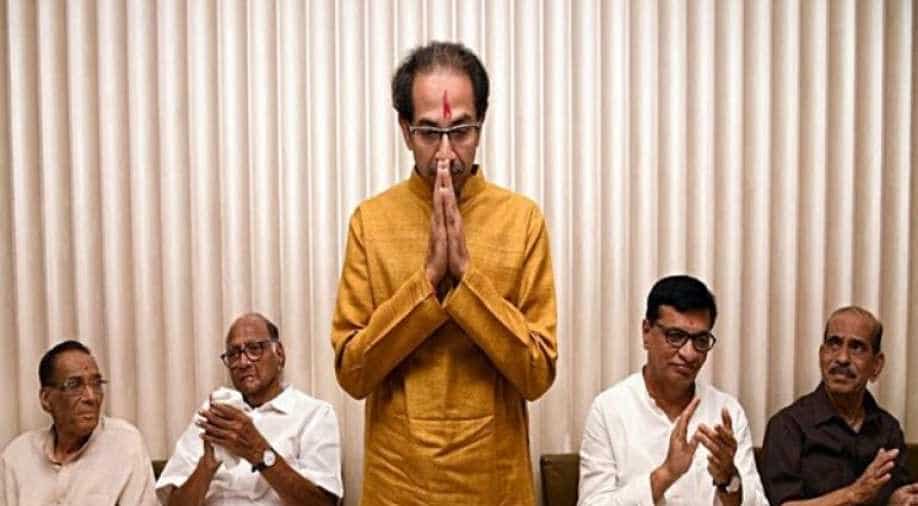 The Supreme Court on Tuesday refused to grant an urgent hearing on a petition filed against Shiv Sena-NCP-Congress alliance for staking claim to form the government in Maharashtra by "breaching of trust of voters against the mandate".

A bench headed Chief Justice S A Bobde denied urgent hearing after a lawyer mentioned the matter before it.

He sought an urgent hearing in the matter and sought a direction to restrain Maharashtra Governor Bhagat Singh Koshyari from inviting Shiv Sena-NCP-INC alliance to form the government.

This came a day after BJP's Devendra Fadnavis resigned from the post of Maharashtra Chief Minister hours after the apex court directed a floor test to be conducted in the Assembly.

Later in the evening, the Shiv Sena-NCP-Congress combine met Governor Bhagat Singh Koshyari and staked claim to form the government in Maharashtra, following which the Governor announced that Shiv Sena chief Uddhav Thackeray will take oath as the Chief Minister of the state on November 28.