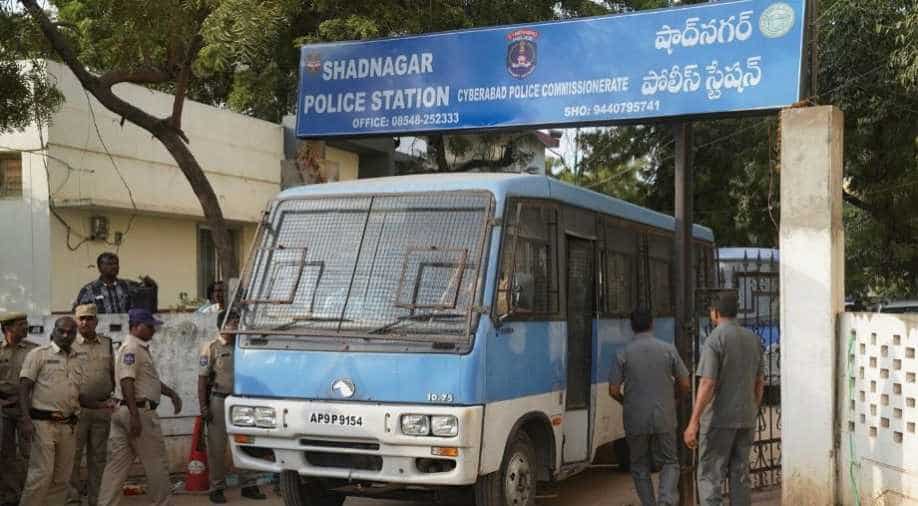 A police van carrying four men accused of the alleged rape and murder of a 27-year-old woman, leaves a police station in Shadnagar, on the outskirts of Hyderabad. Photograph:( Reuters )

The Supreme Court on Tuesday junked a petition relating to the custodial death of four persons accused of raping and murdering a veterinary doctor in Telangana, earlier this month, reported news agency ANI.

The veterinarian was gang-raped and killed by four people before they burnt her body in Telangana`s Shamshabad on November 27. Her charred body was recovered a day later.A few days later, the accused -- Mohammed Arif, Naveen, Shiva, and Chennakeshavulu -- were killed in a police encounter.

Following the encounter, a batch of petitions was filed in the top court. Subsequently, the court had last week ordered setting up of a three-member inquiry commission to probe the encounter case.