Stones and guns in hands of poor youth, need to find a middle path to end cycle of violence: Mehbooba Mufti 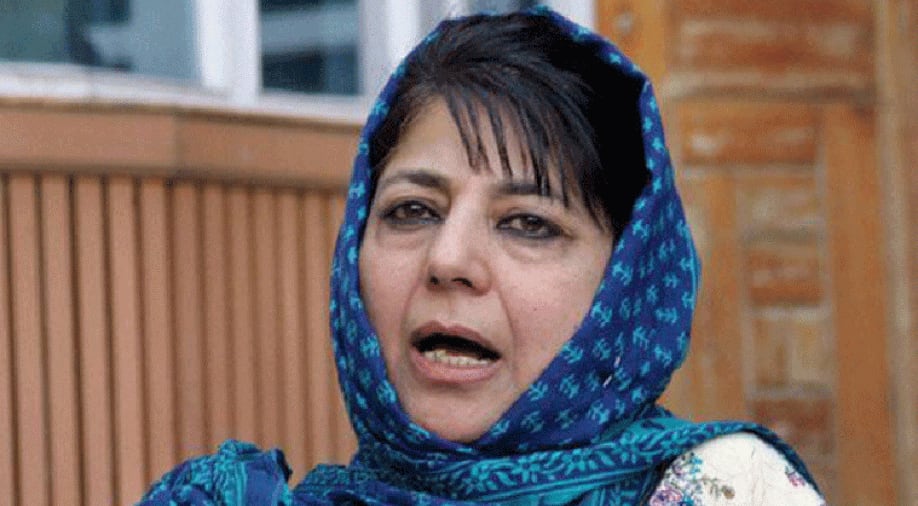 Jammu and Kashmir Chief Minister Mehbooba Mufti today appealed to the Centre to find a “middle path” for ending the cycle of violence in the Valley which was consuming the lives of poor youth and security forces. Five Hizbul Mujahideen terrorists including a top commander and a university professor were killed in an encounter in Shopian district of Jammu and Kashmir today. Five civilians died during clashes between protesters and law enforcing agencies near the encounter site.

“The tragedy in which five civilians were killed yesterday is very painful. I appeal to Government of the country (Centre) to find a way for ending this bloodshed,” she told reporters at the reopening of Civil Secretariat here as part of the traditional Darbar move practice.

She also appealed to the people of Jammu and Kashmir, especially the parents, to value life. “Allah has given us life to live it well, not to embrace death at 18 or 19 years of age,” she said. Mehbooba said a way out has to be found to end this cycle of violence which is consuming young lives in the state.

“The stones and guns are in the hands of poor (youth). We have to find a middle path to ensure that these boys do not get killed and our army men and policemen also do not get killed,” she said.

In a statement yesterday, the chief minister had said “It sounds very depressing to note that our State is losing young lives to the unending cycle of violence who could otherwise be utilized for a positive contribution to the State”. The chief minister said political issues need political intervention. “I have reiterated it time and again that political issues need political interventions. I appeal youth that their energies, youthfulness, dreams and aspirations are far more important and sacred to the society than their dead bodies or graves,” she said.

The chief minister also appealed all sections of civil society, media, students, parents and other stakeholders to rise to this critical occasion, play their role and help in putting an end to this cycle of bloodshed in the state. Mehbooba reiterated her stand that issues in Jammu and Kashmir can be resolved only through a sustained dialogue between all stakeholders.

“The three decades’ long violence in the state is a testimony to the fact that guns from either side cannot ensure peace, but a compassion driven reconciliation process based on mutual respect surely can. In this regard, I appeal the national leadership of the country to show the element of compassion and empathy as required by the present day situation here and display the statesmanship to get J-K out of the quagmire of killings by engaging in a meaningful dialogue in the State.

“The sooner it happens, the more we can get our state out of the vicious cycle of killings and destruction,” she said.