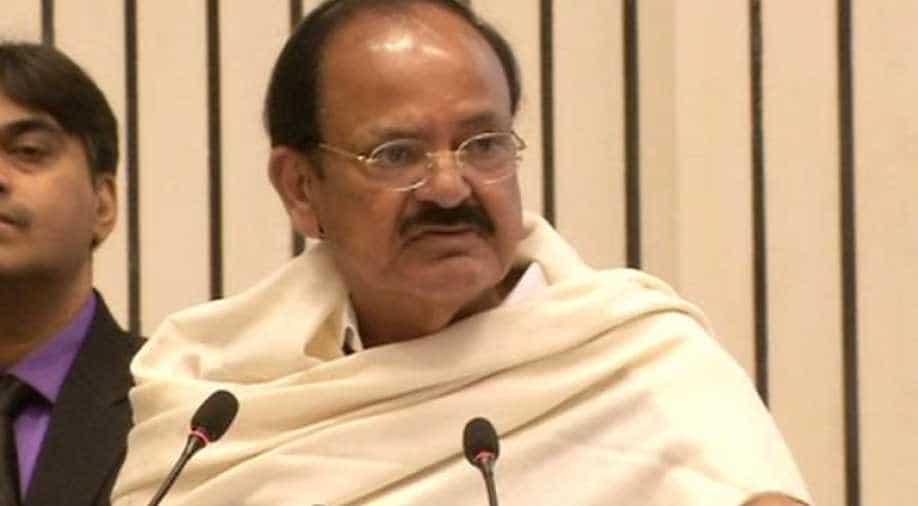 Stressing on the need for ease of doing business, Vice President M Venkaiah Naidu said the central and state authorities should facilitate steady growth of the real estate sector.

Urban local bodies and state development authorities should be made responsible for any delay in giving approvals to real estate projects, just as developers are held accountable for not completing houses on time under the new reaity law RERA, Vice President M Venkaiah Naidu said Thursday.

Addressing a real estate conference organised by CREDAI here, he asked developers to evolve an internal self-regulation mechanism and improve their image that has taken a hit due to wrongdoings of certain players.

"Delivery of project on time is important. Approval by the government and the municipal agency is equally important. They also have responsibility. When you want to make real estate companies accountable for the delay, you also make local bodies responsible for the delays," Naidu said.

Stressing on the need for ease of doing business, he said the central and state authorities should facilitate steady growth of the real estate sector.

Real estate developers have been demanding for a long time that development authorities should also be brought under the Real Estate (Regulation and Development) Act (RERA), which is being implemented from May 2017.

Naidu said the real estate sector is showing signs of revival with the implementation of the RERA and GST. However, he expressed concern over high land prices that make projects unviable.

Highlighting the importance of the property market, he said: "Real estate sector is an important sector of our economy that contributes 7.9 per cent to the GDP of the country. Being the second largest job provider in the economy after agriculture, the entire country has a stake in the real estate sector."

Around 50 million people are employed in the construction sector, which is likely to reach 67 million by 2022, the Vice President said, adding that developers should focus on skilling their workforce.

"In recent times, the sector has come under severe scrutiny from apex court and consumer right bodies due to some unethical practices followed by certain players," he noted.

The growth of NPA in the real estate industry has only not affected banks but also dried up credit to this sector, he added.

He also termed as "very disturbing" a recent CAG report which said that 95 per cent of developers does not have mandatory PAN.

"Unless you take internal correctives unless you evolve a code of conduct and unless you do your business on ethics, the sector and country cannot prosper. The country cannot suffer because of the wrongdoings of some people. Few black sheep are spoiling the atmosphere," Naidu said.

The Vice President favoured a code of conduct in every sector, including for politicians, parliamentarians and media. "Media is becoming sensational, which means senseless," he quipped.