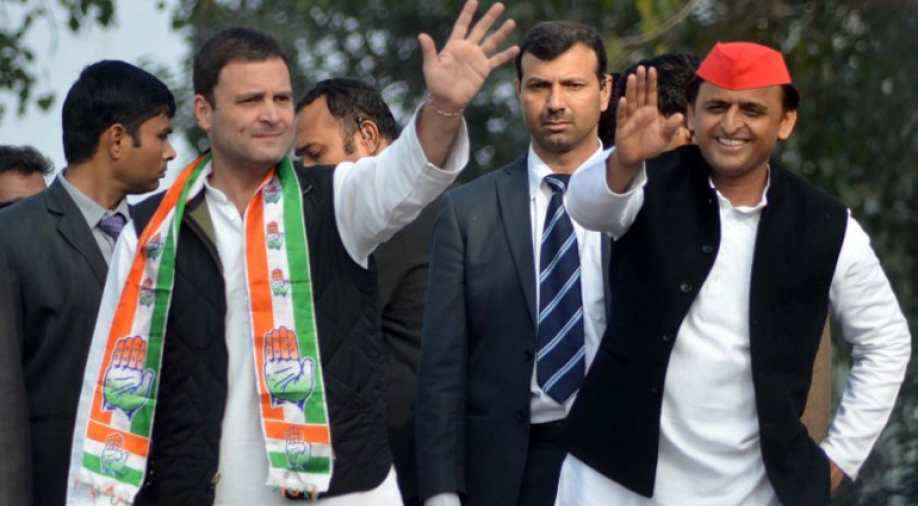 The Samajwadi Party will contest five of the 182 assembly seats in Gujarat and support the Congress in the rest, SP president Akhilesh Yadav said today (October 23).

The former Uttar Pradesh chief minister said the party did not want a split in the anti-BJP votes and hence would contest only the seats where it had a strong organisational base.

"In Gujarat, we will be contesting five seats where our organisation is strong. We are not going to weaken the fight there (against the BJP). In the rest of the seats, the party will support Congress," Akhilesh Yadav told the press.

The Congress and the Samajwadi Party had struck an alliance in Uttar Pradesh for the assembly elections earlier this year. The Congress had contested 105 of the 403 seats while the SP battled it out in 298 seats.

Asked if he would campaign in Gujarat, the SP chief said, "I will campaign where our candidates are in the fray. If any other party approaches me, I can campaign for it."

"I have also visited all religious places during my school tours. During Diwali, I also prayed with my family," he said.

About the allegations of Narendra Patel, an activist of Hardik Patel-led Patidar Anamat Andolan Samiti, that he was offered Rs 1 crore for joining the BJP, Akhilesh Yadav sarcastically remarked that the BJP was the "most honest" party. "How can it do so?"

He also "advised" media persons not to run the story, "otherwise your channel will be closed".

On the Taj Mahal controversy, he said it was the identity of the country and the "Prime Minister had himself said in his speech that there was a need to attract tourism in the country".

"Had our government got NGT (National Green Tribunal) permission, we would have done more beautification work around the Taj," said Yadav, who was the chief minister of the state between 2012 and 2017.

Asked about the proposed air show on the Agra Expressway tomorrow, the former Uttar Pradesh chief minister said, "We have got the expressway constructed so that in case of any emergency, planes can land on it. I want to ask the BJP, what is their definition of 'rashtrawad' (Nationalism). They say we are not 'rashtrawadis' (Nationalists). I want the pictures of the air show to be publicised so that our workers can tell who constructed this (expressway)."

The Election Commission has said that Gujarat will go to polls before December 18.