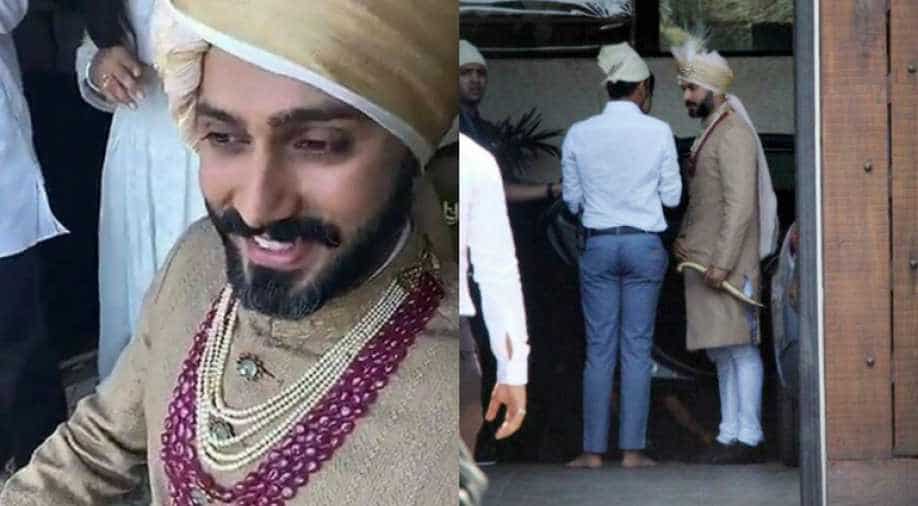 The groom has arrived! Looking dapper in a golden sherwani, Anand Ahuja arrived for his wedding at Rockdale in Bandra early on Tuesday morning. His bride, Sonam Kapoor had reached the venue earlier but hid from the paps.

The couple will have a Sikh wedding at Rockdale, which is Sonam's aunt's house. Streams of Bollywood celebrities have been arriving at the wedding venue. Actors Amitabh Bachchan, Arjun Kapoor, Swara Bhaskar and Jacqueline Fernandez were the early guests at Sonam's wedding. Shades of blue, white and pink dominated the venue as guest dressed in their traditional best in these shades for the morning wedding.

Watch this space for more updates.