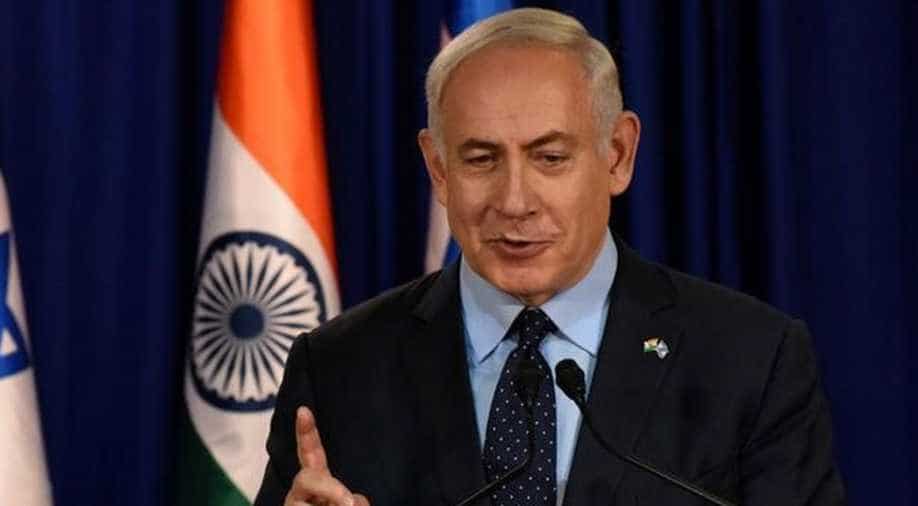 Israeli Prime Minister Benjamin Netanyahu will have a packed schedule during the Mumbai leg of his visit tomorrow, as he will breakfast with business leaders, pay tributes to the Mumbai terror attack victims and attend a 'Shalom Bollywood' event among other engagements.

Netanyahu will have a 'power breakfast' with select captains of the industry, including Anand Mahindra, Ajay Piramal, Adi Godrej, and Chanda Kochhar.

There may be a one-on-one meeting between Fadnavis and Netanyahu after which the Maharashtra chief minister will be hosting a lunch for the Israeli premier and the visiting delegation, they said.

This will be followed by a wreath-laying ceremony for the 26/11 Mumbai terror attack victims.

Netanyahu will then proceed to the nearby Nariman House, where he will meet 11-year-old Moshe Holtzberg.

Moshe's father Rabbi Gavriel Holtzberg and mother Rivka were killed at the Nariman House, during the 2008 Mumbai terror attacks.

The Jewish couple ran a cultural and outreach centre for the Chabad-Lubavitch movement at the Nariman House in south Mumbai's Colaba area.

Moshe came to Mumbai yesterday, returning to the place where he has orphaned nine years ago.

Netanyahu will later meet around 25 to 30 members of the Jewish community at the Taj hotel.

There are about 5,000 members of the Jewish community living in India, but most of them call Mumbai their home. The city earlier had a sizable Jewish population, but around 33,000 Jews migrated when Israel was created.

Mumbai has three distinct Jewish communities -- Bene Israel Jews, Baghdadi Jews and the Malabar Jews. For them, the visit by the Israeli prime minister is about reconnecting with old friends and strengthening old bonds.

Netanyahu will cap his hectic schedule by attending the 'Shalom Bollywood' event, also at the Taj hotel.