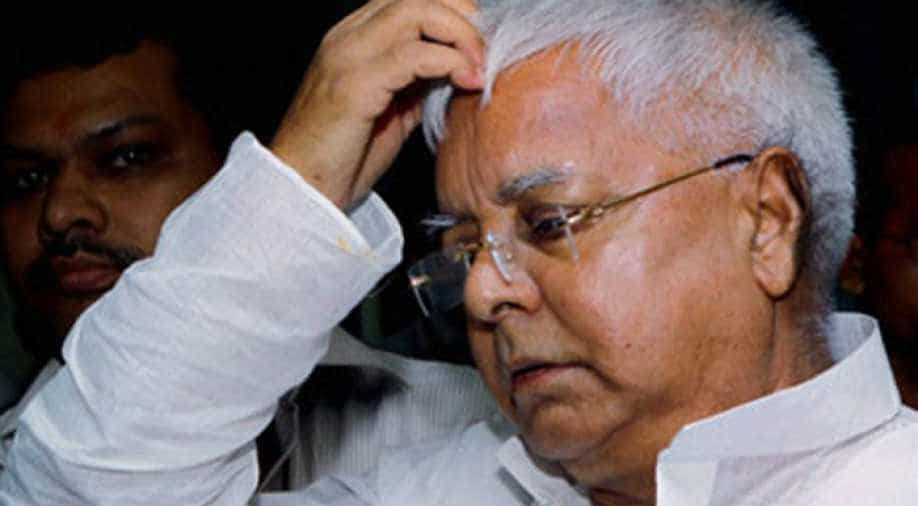 Earlier Judge said 'an open jail is best for these people(convicts), as they also have experience of cow farming'

Quantum of punishment was pronounced through video-conferencing to Lalu who is currently lodged in Ranchi's Birsa Munda central jail.

Earlier in the week, Prasad's advocate filed a plea before the court seeking minimum punishment for the party supremo on health grounds.

Visuals from Ranchi: All accused in #FodderScam present in video conferencing room, sentence to be pronounced shortly. pic.twitter.com/fkJRaVgOUC

Prasad, in his plea, had mentioned, "I have no role in this scam directly; consider minimum punishment keeping in view my age and health grounds."

The RJD chief, along with 14 others, was found guilty by the court, while seven accused, including former Bihar Chief Minister Jagannath Mishra, were acquitted on December 23.

Lalu has been convicted in one of the cases of the fodder scam, wherein Rs. 900 crore from the Bihar exchequer was siphoned off under the pretext of purchasing fodder for livestock, during the '80s and '90s.

Lalu is currently at the Birsa Munda Central Jail in Ranchi, Jharkhand. Thirty-four people were accused in the case of which 11 died during the trial.

One person turned CBI approver and admitted to the crime.

Lalu is also facing trial in three other cases relating to the fodder scam, which is also called the " chaara ghotala".