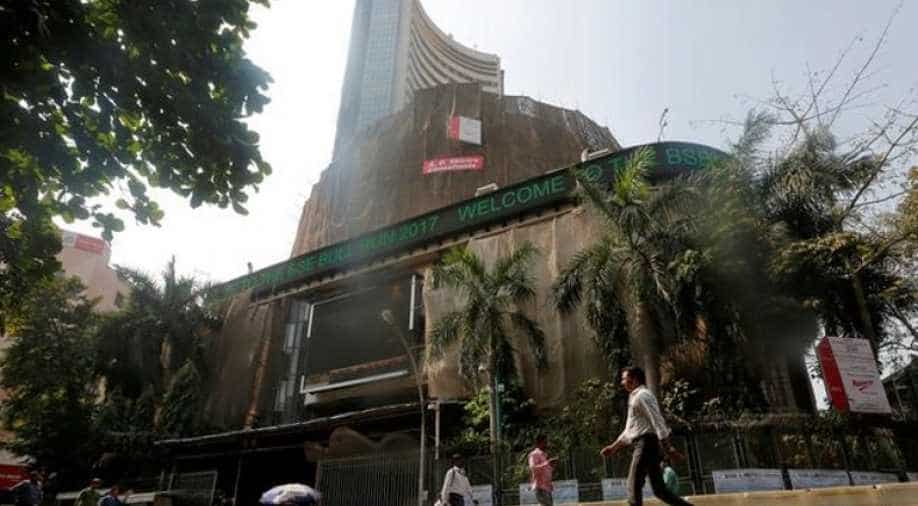 Bonds, however, fell, given the injection will be funded with debt. Photograph:( Reuters )

Sun Pharmaceutical Industries Ltd jumped to an over-two-month high of 3.6% after the US health regulator closed the inspection of the drug-maker's Dadra plant||Reliance Industries Ltd gained as much as 1.4% ahead of its quarterly results

Indian shares nudged up on Thursday, after having ended lower in the previous session, with Sun Pharmaceutical Industries Ltd jumping to an over-two-month high after the US health regulator closed the inspection of the drug-maker's Dadra plant.

However, gains were muted ahead of key corporate results including that of Tata Consultancy Services Ltd which will report later in the day. The stock was trading up 1.2 per cent.

"Market has been witnessing a broad-based consolidation mode for a few months now which will continue for a while. This earnings season is critical as the first quarter was disappointing and hopes are now pinned to see a recovery in the second quarter," said Rakesh Tarway, head of research at Reliance Securities.

Meanwhile, India's inflation data for September will be released later in the day. Consumer inflation is forecast to have risen to 3.60 per cent in the month, above August's 3.36 per cent, according to a Reuters poll.

Sun Pharmaceutical Industries Ltd rose as much as 3.6 per cent to its highest since July 31. The stock led gains on both indexes and was also the top percentage gainer on the Nifty Pharma index, which was up 1 per cent.

The Nifty Realty index was trading up 1.16 per cent, boosted mainly by Indiabulls Real Estate Ltd which rose as much as 8 percent after the company said its unit would buy out the remaining stake of Indiabulls Properties Investment Trust and delist the company.

Reliance Industries Ltd gained as much as 1.4 per cent ahead of its quarterly results slated for Friday. Analysts expect to see higher earnings from the company's core petrochemicals business, while also pointing to a possible benefit for Reliance's Jio arm due to lower interconnection charges.