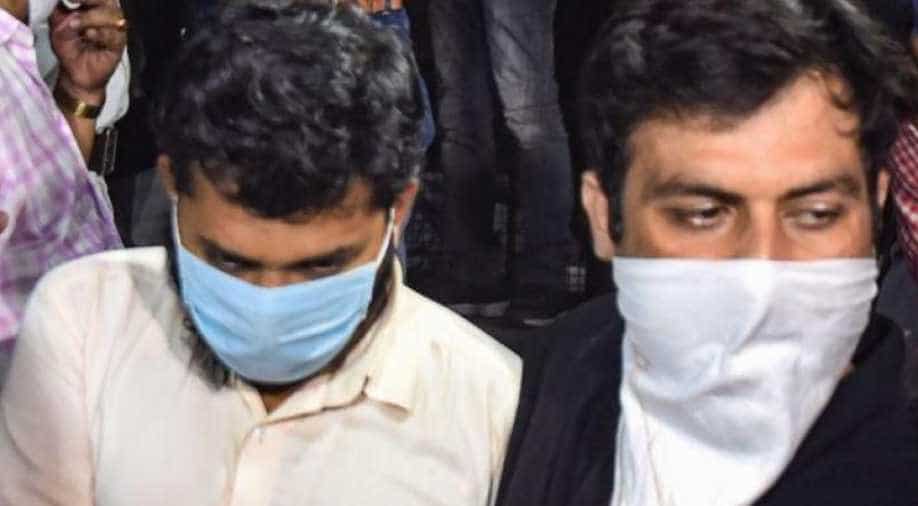 Suspected al-Qaeda terrorists being produced at a city court for transit remand in Kolkata. Photograph:( PTI )

The chamber, measuring 10x7 feet, was found during a raid at the house in the Raninagar area of the district, a senior district police officer said.

A secret chamber was found on Sunday by sleuths of the NIA at the residence of suspected al-Qaeda terrorist Abu Sufiyan, one of the six arrested from Murshidabad district in West Bengal, officials said.

The chamber, measuring 10x7 feet, was found during a raid at the house in the Raninagar area of the district, a senior district police officer said.

Several electronic gadgets and a board of bulb were also found during the hour-long raid at the single-storied house, he said.

Sufiyan's wife later told reporters that the chamber was dug for a septic tank for an attached toilet.

"We have told the cops about this," she claimed.

During the interrogation, Sufiyan told the investigators about the chamber, the officer said.

Interrogation of the six continued in Kolkata during the day, officials said.

While six of them were arrested from Murshidabad district, three others were nabbed from Ernakulam in Kerala.

They have been charged under various sections of the Unlawful Activities (Prevention) Act.

It said that the group was planning terrorist attacks at vital installations in India with an aim to kill innocent people and strike terror in their minds.