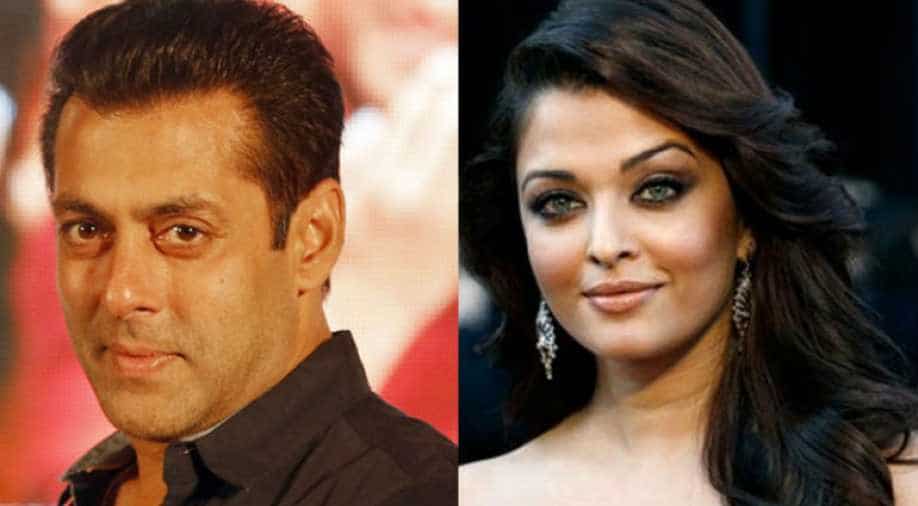 The two actors have starred opposite each other only in one film-Hum Dil De Chuke Sanam. Photograph:( Others )

Aishwarya Rai and Salman Khan parted ways years back yet whenever the two stars attend the same event or if their paths cross, it makes news. While they have never come together post their much-publicised break-up, their stories continue to fascinate fans even now.

The two superstars are all set to come together during Eid 2018. Before you assume anything- the two actors' films would be releasing on the same day in 2018. Salman Khan's Race 3 and Aishwarya Rai's Fanney Khan are set for a big box office clash during Eid next year.

Race 3 features Jacqueline Fernandez, Daisy Shah and Saqib Salim along with Salman. The crew has just started filming but the release date was locked months back.

Meanwhile, Anil Kapoor is producing and featuring alongside Rajkummar Rao and Aishwarya Rai in Fanney Khan. Directed by Atul Manjrekar, the slice-of-life film is an official remake of Dutch film Everybody's Famous.
On Friday, Sonam Kapoor announced the film's release date on Twitter.

Race 3 is the third installment of the popular franchise. While Saif Ali Khan played the lead in the first two films, Salman Khan will be taking over in the third installment. Even the director has changed as Remo D'Souza will be directing the film instead of Abbas-Mustan.

Now Salman Khan and Aishwarya Rai have only featured in one film together- Sanjay Leela Bhansali's Hum Dil De Chuke Sanam. They have done cameos in each other's films but never starred opposite each other in any film except for one. Ever since their break up, the two actors have refrained from signing films together. The box office clash is going to be the first time that Ash and Salman's films will be pitted against each other. Considering the crazy fan following both the actors enjoy - it will be interesting to see whose film does better business.