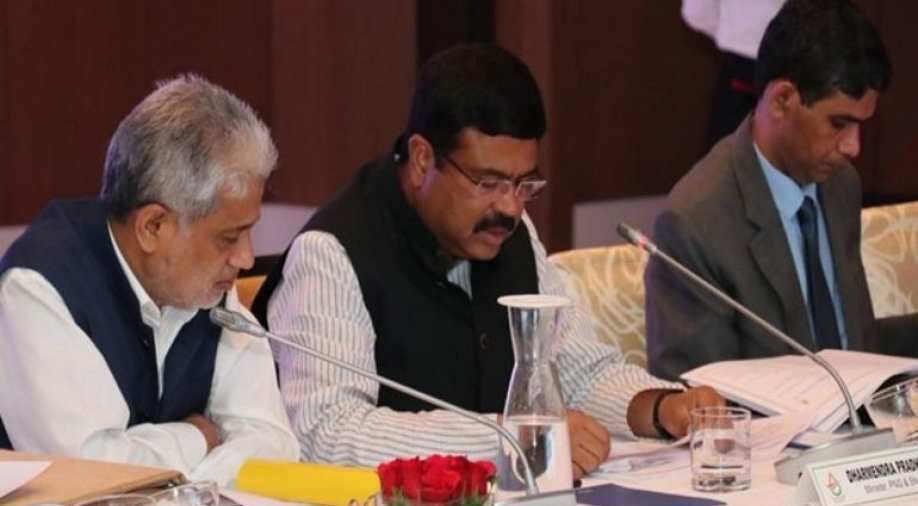 Expressing concerns over uncertainty in the global energy market, Union Minister Dharmendra Pradhan on Sunday said the recent developments in the region have an enormous impact on India's energy security and also on "our economic, budgetary and investment dimensions."

In his opening remarks at the third International Think Tank (ITT) meeting, Pradhan said: "In recent times, we are facing significant uncertainty and challenge in the global energy markets."

"Since our last meeting, we have seen the most disruptive developments. United States sanctions on Iran and Venezuela, attacks on Saudi oil processing units, volatile conditions in Strait of Hormuz, unrest in the Middle-East, and US-China trade war, to name a few," he said.

"These developments have an enormous impact on India's energy security and also on our economic, budgetary and investment dimensions," added Pradhan.

He said, "It is now over 84 per cent for crude and 45 per cent for natural gas... It is expected to increase in the future. Such excessive import dependency does make us vulnerable to external developments more than ever before," stressed Pradhan.

He also said that today the moot question is how to make energy transition more sustainable. "The decisions and actions in response to the changing scenario - must be less reactive and more transformative," he added.

However, the minister assured the member of the think tank that India has undertaken a transformative step by developing a gas-based economy.
"A lot of emphasis is being given to developing gas exploration, import and distribution infrastructure in the country. Natural gas, gradually but surely, becoming a bridging fuel for low carbon economy in India," said Pradhan.

In addition, an estimated investment of $60 billion has also been made for the construction of a gas pipeline and terminal infrastructure that has reached its advanced stages of completion.

"India will continue to depend on hydrocarbons," the minister noted, adding that the country will only rely on clean and more efficient technologies, alongside robust producer-consumer relations as trade volumes grow.

Providing a glimpse of India's path of the energy transition, Pradhan said that the share of renewables in the electricity mix has gone up from around 5 per cent in 2014-15 to 22 per cent at present.

Also, ethanol blending percentage has risen from 0.67 per cent in 2012-13 to 6 per cent. Natural Gas consumption is further witnessing 6 per cent growth since the last couple of years, the minister said.

He stressed that India's oil and gas sector can function optimally only if it is in sync with the rest of the global developments.

"We have to strengthen our linkages in technologies, markets, and business models and also capitalise on the shift of the centre of gravity in the oil and gas sector from producing to consuming nations," he added.

The first meeting of the International Think Tank Meeting (ITT) was held in October 2017.

Distinguished members of the International Think Tank, Petroleum Secretary MM Kutty, CMDs and CEOs of Indian oil and gas companies were present on the occasion.

During the last two annual meetings, the forum did brainstorming on the prevailing dynamics in the global oil and gas sector, and its relevance to India's hydrocarbon sector.