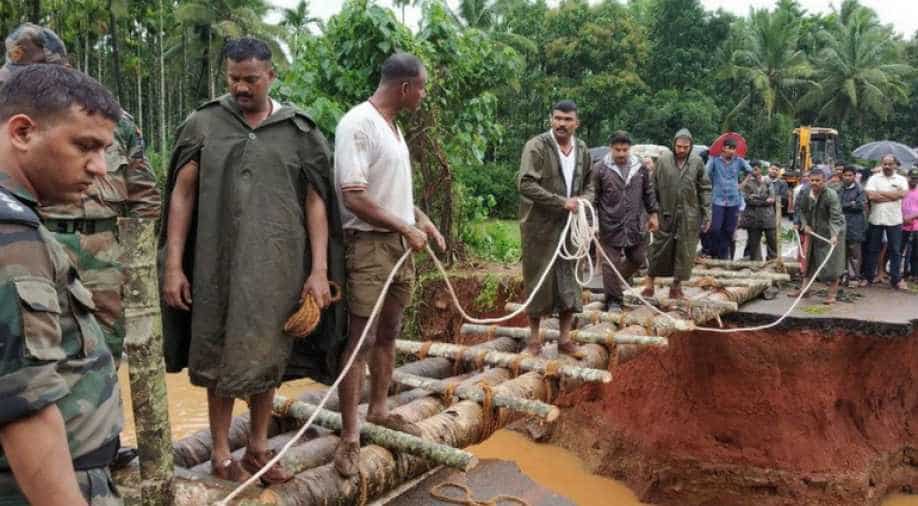 Relief and rescue operations are carried out in Kerala. Photograph:( ANI )

However, the water level in the Idukki and Idamalayar reservoirs reduced, bringing some relief, with the authorities saying there was no need for any panic for people living downstream, officials quoted as saying.

There were no fresh casualties reported since yesterday and the toll in the rain-related incidents since the current monsoon fury from August 8 stood at 37, they said.

33 people have died in the floods AND 6 are missing, Kerala Chief Minister Pinarayi Vijayan on Sunday.

''Such a destruction has never before been witnessed in the state. The entire state has come together in these circumstances and we are ready to do whatever is necessary,'' the CM added.

State Police, NDRF, Army and other forces are working with the same motive - to help the people of the state, he said.

''The PM called us and said that any more help needed, will be provided to us,'' Vijayan added.

More than 60,000 people have been accommodated in relief camps set up in different areas, including in Wayanad Wayanad where over 14,000 people had been sheltered.