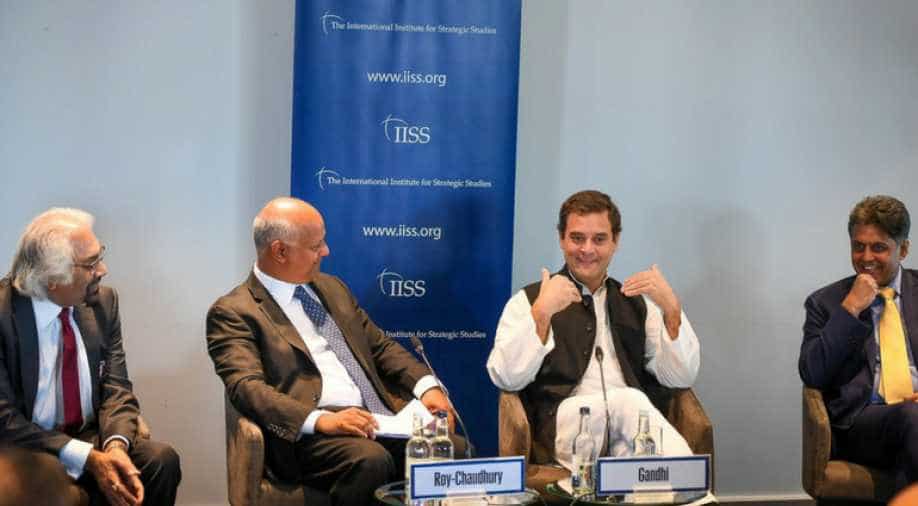 Rahul Gandhi speaking at an event in London. Photograph:( Twitter )

They expressed concern over threats of terrorism and forces of violence to stability and peace.

Both the sides also acknowledged the value of the UK-India economic partnership including growing investments and technology cooperation.

The Congress and the Labour leadership agreed to reinvigorate party-to-party exchanges and create an institutional mechanism for a regular exchange between the leadership of the two parties, the Congress said in a statement.

Gandhi specifically referred to the fallout of the Brexit, increasing inequality and youth unemployment.

Britain will leave the 28-member European Union in March 2019, following a historic referendum held on June 23, 2016.

He referred to the concerns over the visa for Indian professionals and students following the change in the UK visa policy and the fall in the number of Indian students in the UK after the closure of Old Tier- 1 post study work route, the statement said.

Gandhi said India has made huge intellectual investments in the UK and the contribution of Indian doctors and nurses to the country's National Health Scheme is immense.

"Nothing should be done to hinder the movement of professional," the Congress president was quoted as saying.

The Congress and Labour Party attach special significance to the special relationship and strategic partnership between the UK and India, and will work to strengthen it, the statement added.