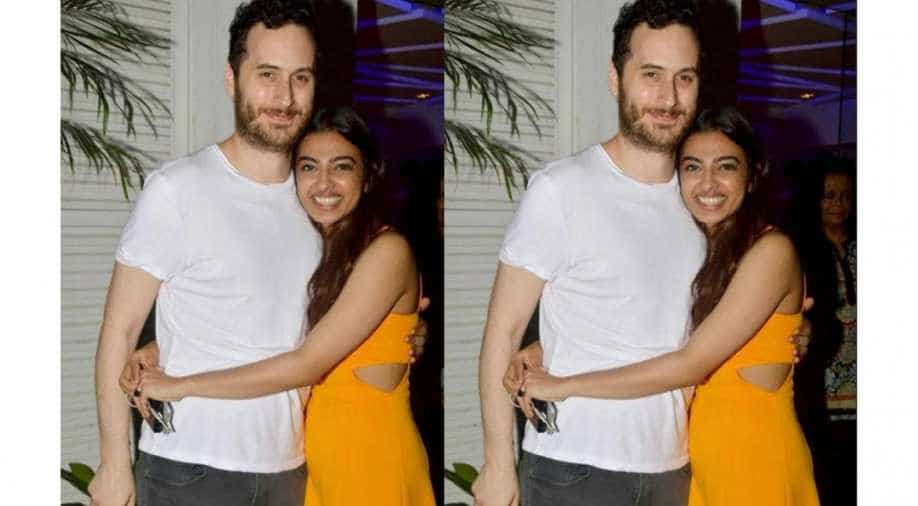 Radhika Apte who has been riding high on the success of her latest film PadMan with Akshay Kumar and Sonam Kapoor now reveals that living away from her British musician husband is quite a task -- "expensive" and "exhausting" for her.

In an interview with an entertainment website, Radhika spoke about her hectic schedule and how she juggles between India and London. The latter because that's where her husband, Benedict Taylor lives. She said, "I try and visit every couple of months and he also comes so we’re not away from each other for more than a month. It’s exhausting and very expensive also. I remember sometimes people meet on an aircraft and they ask why are you flying economy and I’m like what the hell does that mean. Imagine making three trips in two months, and that too last-minute ones because suddenly I got a week off. It’s such an expensive lifestyle – two houses in two of the most expensive cities in the world and 2-3 tickets a month to travel back and forth every month. That’s why I’m not vegetating!"

Radhika, of late, earned the tag of saying no to people. She sat down to explain the reality and said, "It’s funny that people have this impression that I keeping saying no and that I stand my ground. The people who really know me will say that I cannot say no. I put up with a lot of things that I don’t agree with – people coming late, extending shoot days, people going against the contract and not paying for extra time. Exploitation doesn’t have to be sexual. And I don’t say anything, I just do it. I don’t think that me putting my foot down is going to change anything. It will only ruin my career. If Akshay Kumar puts his foot down it changes things because he’s reached that level. It was amazing working with him on Padman because he would work for 8 hours and that’s it."

Radhika will next be seen in Sriram Raghavan’s Shoot The Piano Player, Bazaar with Saif Ali Khan and Vikramaditya Motwane’s Bhavesh Joshi.

She is currently shooting for Michael Winterbottom’s next with Dev Patel.