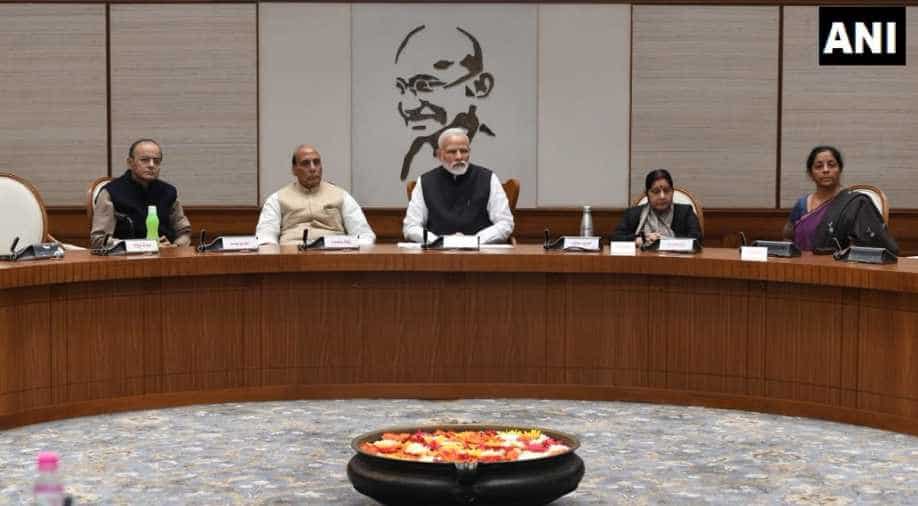 The meeting of the Cabinet Committee on Security is underway at 7, Lok Kalyan Marg Photograph:( ANI )

The meeting began at 9:15 am on Friday

The Cabinet Committee on Security (CCS) meeting is underway to discuss the security situation in Jammu and Kashmir against the backdrop of the Pulwama terror attack that claimed lives of at least 40 CRPF personnel.

The meeting began at 9:15 am on Friday, according to ANI.

The CCS takes decisions on matters related to security and strategic affairs.

At least 40 CRPF personnel were killed when a Jaish-e-Mohammed terrorist rammed an explosives-laden vehicle into the bus they were travelling in, one of the worst terror strikes in Jammu and Kashmir in recent years.