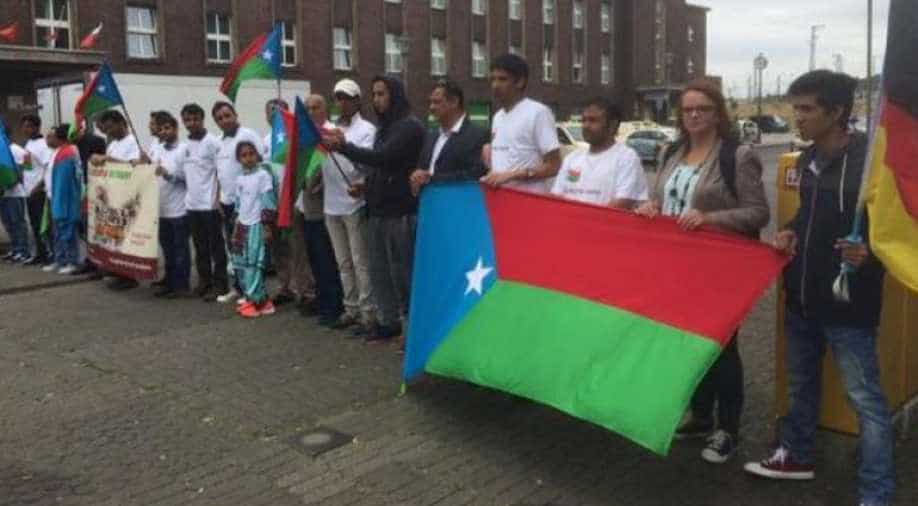 As Pakistan continues to pursue its one-point agenda to internationalise the Kashmir issue at the UNGA, protesters have thronged the streets of New York against human rights violations in the South Asian country.

"Not just this, across the New York City, there have been banners on human rights violations in Pakistan's Balochistan, Karachi," Sibal said in his ground report from New York.

Right outside the venue of SAARC foreign minister's meeting, Sidhant Sibal asked Qureshi why is Pakistan supporting Saaed only to meet with an evading Pak FM.