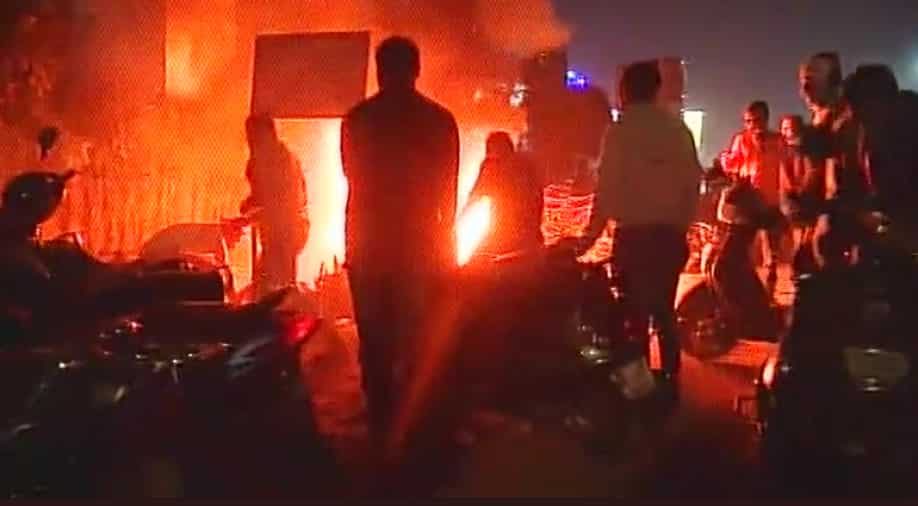 The accused are believed to be members of Karni Sena.

Based on Malik Muhammad Jayasi’s epic poem Padmavat, the movie is set to release on January 25.

#Gujarat: A group of men vandalised the area outside a multiplex in Ahmedabad's Thaltej and torched vehicles in protest against #Padmaavat pic.twitter.com/UmvZfP7NgO