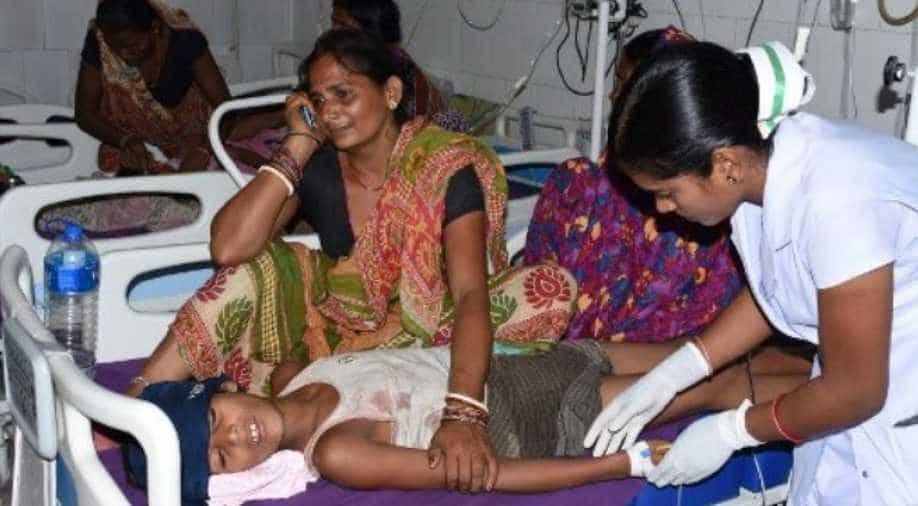 RJD leaders also raised slogans in the Assembly and demanded the resignation of Health Minister Mangal Pandey over the deaths in Muzaffarpur.

Amid protests over Acute Encephalitis Syndrome (AES) deaths in the state, leaders from Rashtriya Janata Dal (RJD) and Congress gave notices for adjournment motion in the Bihar Assembly on Monday.

RJD leaders also raised slogans in the Assembly and demanded the resignation of Health Minister Mangal Pandey over the deaths in Muzaffarpur.

So far, as many as 154 children have lost their lives in the district. "According to the data we have, till June 28, 720 were admitted, 586 were cured and 154 children died. The death rate has been brought down to 21 per cent. As compared to the data from 2011-19, the death rate due to AES has come down over the past few years," said Pandey responding to the outcry in Bihar Assembly.

"What happened is extremely unfortunate, expressing grief is not enough, it is an extremely serious issue. We have held several meetings and discussed the issue at length," said Bihar Chief Minister Nitish Kumar.

Earlier today, Leader of Opposition Tejashwi Yadav said that he will raise the issue of AES deaths in the state Assembly.