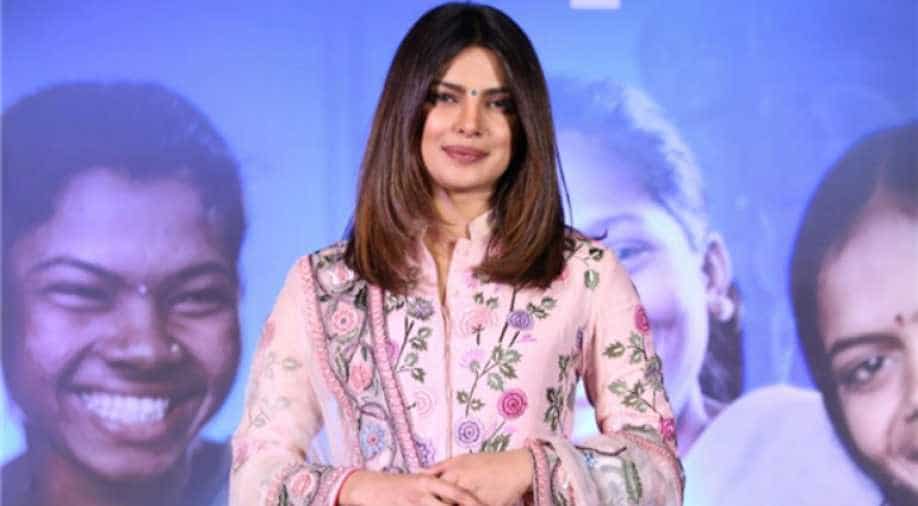 News reports earlier in the day had said that Chopra had sued Nirav Modi over the non-payment of dues. Photograph:( WION )

She has, in her own way, broken the glass ceiling and made a mark of her own in the film industry. Which is why it is not surprising that this year, Penguin Random House India has chosen Priyanka Chopra as their speaker for their annual lecture. Priyanka will deliver an inspirational talk on 'Breaking the Glass Ceiling, Chasing a Dream' on Tuesday in New Delhi.

Penguin Random House India chose Priyanka as this year's speaker for her global reach and how she has been able to create an impact in the west with her TV show Quantico.

"Priyanka Chopra is an icon for today's young Indians who identify with her drive, passion, intelligence and charisma. She has been a social media trendsetter and has a massive fan base across the globe. Much loved and admired as an artiste by people in India and around the world, she is also recognized as a global Indian - a woman who has broken the glass ceiling to reach the highest echelons of international stardom - and for her philanthropic work as Unicef's global goodwill ambassador," read a statement by the publishing house, describing the journey of the former beauty queen.

Interestingly, Priyanka is the first woman speaker of this series. The Penguin Annual Lecture which was started in 2007, has seen eminent personalities like the Dalai Lama, APJ Abdul Kalam, Amartya Sen, Thomas Friedman, Amitabh Bachchan, Ramchandra Guha and authors like Dan Brown, Jeff Kinney and Ruskin Bond as speakers.

The lecture series was initiated to bring writers, artists, thinkers from across the world to speak directly with audiences and admirers in India.