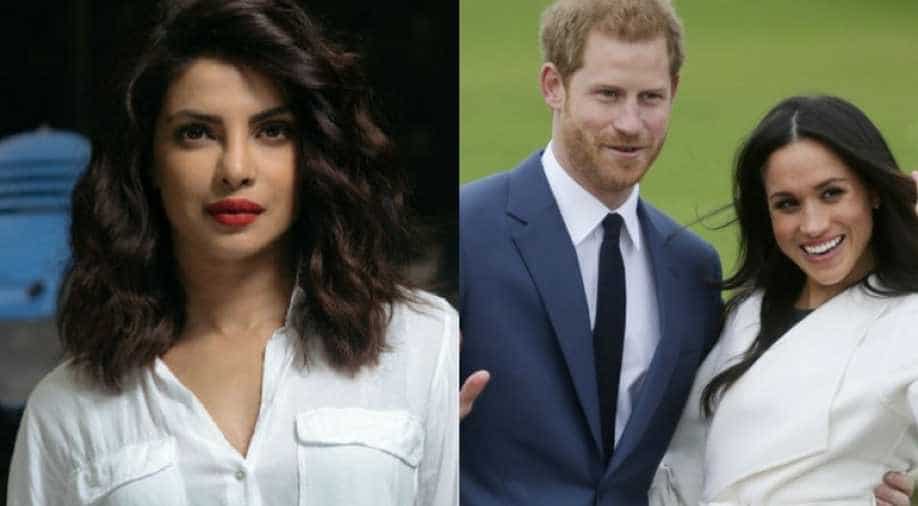 Priyanka Chopra may just be one of the bridesmaids at Meghan Markle's wedding to Prince Harry. Photograph:( WION Web Team )

It's confirmed! After months of speculation, actress Priyanka Chopra has confirmed her attendance at pal Meghan Markle wedding to Britain's Prince Harry.

Priyanka Chopra confirmed her attendance at the wedding to the US weekly on Wednesday.

When she was asked if she had decided her outfit, Chopra said, " I sort of may have an idea,” But no, I haven’t picked one out yet."

Earlier it was reported that Priyanka's name was indeed in the guest list but the actress had not confirmed her presence even though her recent London visit sparked off rumours that the actress had come down to London for fittings for the outfit that she would be wearing at the wedding.

Markle and Chopra met in 2016 during a Women in Television event and bonded because of the philanthropic work they do. Priyanka was all praises for her friend and called her an 'activist'.
“I’ve known Meghan for three years and I’m so happy the way the world has responded to her because as long as I’ve known her … she is a relatable young woman of the world today,” Priyanka said to the website.

“She’s that girl who thinks out of the box. She has always been an activist. She has always had a strong voice. She’s an ambitious girl of today. I think the world needs strong role models like Meghan. I think, I hope, Meghan will end up being one of those people.”

Priyanka also wrote an essay on Meghan after the bride-to-be features in TIME magazine's list of 100 Influential People.

Prince Harry and Meghan Markle are set to get married in St. George’s Chapel at Windsor Castle in England on May 19th.