Pothole-free roads in UP to have 'saffron' boards with Narendra Modi, Yogi Adityanath pics 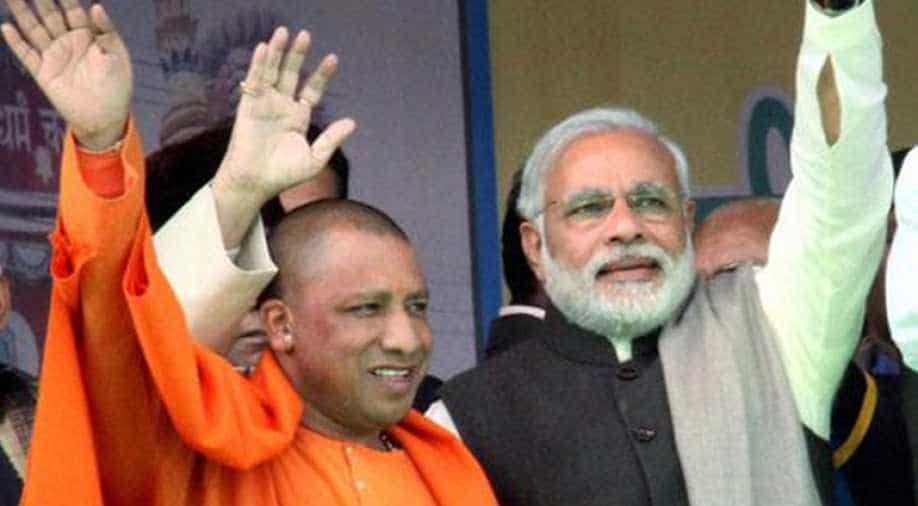 The boards which will be put up on pothole-free roads will have the slogan " sarkar ka sankalp, sadak ka ho kayakalp" which means " Government's oath to revive the roads".

Citing PWD officials a media report stated that the department is working on constructing a total of 2.6 lakh kilometres of roads in the state.

The Deputy Chief Minister had said that the UP government had inherited 1.21 lakh kilometres of pothole-riddled roads from the previous government.

He said they have repaired most of the stretches by new techniques improving the age of the road from five to 25 years.

According to him, more than 3 lakh kilometres of roads were constructed by them.

After repairing and constructing of the roads, the government will also place unipole which will provide details of the roads and also display information about the assembly, Lok Sabha and constituencies.

Every singleboard that will be put up on each road will cost around Rs 15,000.