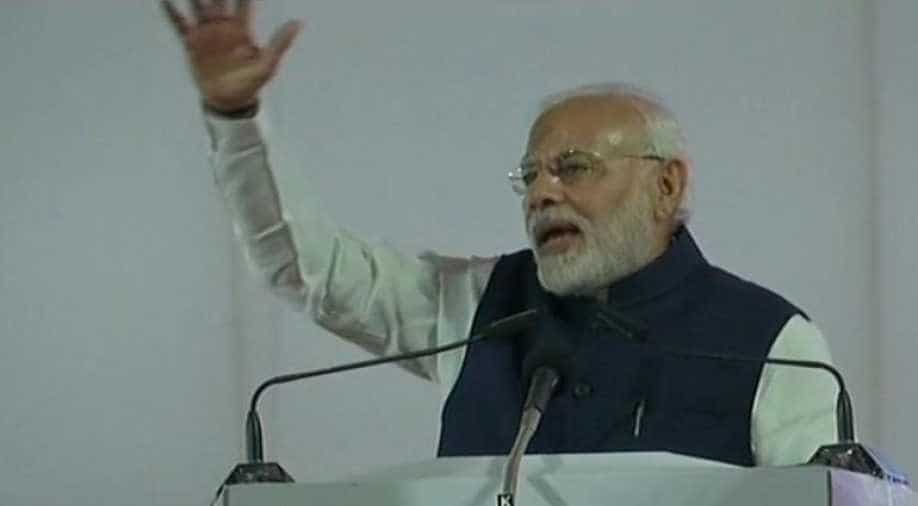 Prime Minister Narendra Modi defended the introduction of the 10 per cent quota for the general category poor in jobs and education.

Prime Minister Narendra Modi Wednesday defended the introduction of the 10 per cent quota for the general category poor in jobs and education, even as he asked the Congress to clarify what was driving its ongoing allegations on the Rafale fighter jet deal.

Addressing a public rally after launching a slew of infra projects here, Modi said the smooth passage of the bill which provides 10 per cent quota for the general category poor in jobs and education in the Lok Sabha is a strong answer by the Parliament to those spreading lies.

Hoping the Rajya Sabha will pass the Bill Wednesday, Modi said the rights of deprived sections, including Dalits and tribals, won’t be affected because of this bill. He termed the passage of the bill in the Lok Sabha as a historic step aimed at uplifting the deprived sections.

On the passage of the Citizenship Bill, seeking to provide Indian citizenship to non-Muslims from Bangladesh, Pakistan and Afghanistan, Modi assured people of Assam and North East that their rights will not be curtailed in any way through the bill’s provisions.

Modi indicated that alleged middleman Christian Michel, arrested in the AgustaWestland VVIP chopper case, was lobbying for French manufacturer Rafale’s rivals in the multi-role aircraft deal. The onus is on the Congress to come clean on what is driving its allegations on the (Rafale) deal, he said.

Citing media reports, Modi said Michel was lobbying for “some other contender” as well. Congress should answer which leader of their party, now shouting about this (Rafale deal), has a connection with Michel, he said. Modi said the ‘chowkidar’ (watchdog), has embarked on a campaign to root-out corruption cannot be bought or scared and will continue with his work relentlessly.

The ‘chowkidar’ can pick a wrongdoer even in darkness, he added. Modi launched four-laning of Solapur-Osmanabad section of NH-211, underground sewerage system and three sewage treatment plants and also laid the foundation stone of 30,000 houses under Pradhan Mantri Awas Yojana.