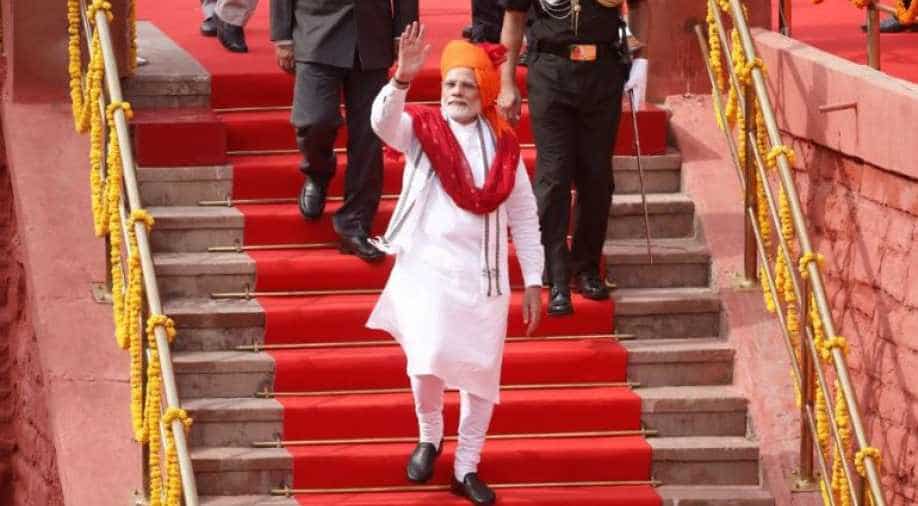 It was a political speech targeting his constituency. Though he mentioned many things, but the focus remained on the poor, women and the middle class.

Narendra Modi’s speech from the rampart of the Red Fort was a crisply framed election speech. His main focus throughout the speech remained on women and poor.

In fact, he becomes the first Prime Minister to endorse the death penalty when he spoke in the context of the crime against women. From representation in the Cabinet to Supreme Court, PM Modi focused on women as a category. It for this reason he specifically announced a permanent commission for women in para-military forces. This is not an experiment for Modi. He created a constituency of women for his party in Gujarat.

PM Modi ensured law and order and petty crime against women is severely dealt, creating a separate vote block for him. If it works out for him in the election then it would be first in India.

Another focus for the Prime Minister remained the poor outreach scheme. The Ujjawala scheme made a difference for BJP’s fortune in Uttar Pradesh elections. Even the Opposition was surprised that a humble LPG scheme for poor women broke into the Muslim and Dalit vote bank. It is for this reason, Opposition must fret over the Ayushman scheme which is targeted to cover 50 crore Indians.

In 2009, Congress immensely benefited from the farm loan waiver and Congress ended up getting 21 seats in Uttar Pradesh. It is for this very reason Prime Minister Modi recalled all the subsidy related schemes his government had launched.

The Third leg of his speech was focused on the middle class. Though he did not use the word middle class but the fact that he described taxpayers contributors in India’s growth story remains significant. He used the word Nav Yug akin to political renaissance post the 2014 elections. For this reason, Modi kept on comparing 2013 with 2018. The irony was that decent man Manmohan Singh was listening to the critique of his own government from his successor from the same rampart of the fort from where he gave 10 long speeches.

Prime Minister only acknowledged four leaders, carefully chosen for strong messaging -- Mahatma Gandhi, BR Ambedkar, Deen Dayal Upadhyaya and Tamil poet Subramanium Bharti. Both Ambedkar and Gandhi are routinely mentioned in PM’s speeches. Ambedkar for BJP’s commitment towards Dalits and Gandhi for his own commitment towards the nation. Deen Dayal Upadhaya is a BJP-RSS icon and Subramanium Bharti for the fact that Tamil Nadu is going through a massive churn and PM does not want to leave any stone unturned to enter the Tamil arena. He knows that he would require numbers from the state in case BJP's performance dips in saturated states.

It was a political speech targeting his constituency. Though he mentioned many things, but the focus remained on the poor, women and the middle class.